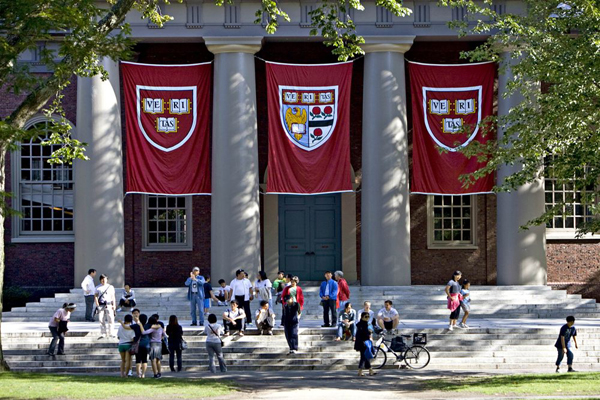 Following the footsteps of other universities and schools, now Harvard University and Ohio state university have taken decisions in favor of online classes or instructions in the wake of the spread of deadly coronavirus globally with at least 735 cases including 26 deaths in 36 states and the District of Columbia in the USA.

Harvard University President Lawrence S. Bacow revealed this information in an announcement March 10. In the statement he says that they are set to go for online classes in the face of challenges from the novel coronavirus by March 23, the first day when students across the USA are expected to return to campuses after Spring Break.

According to President S. Bacow, the decision on introducing online lessons is taken in order to protect the health of the Harvard community.

President Bascow added in the statement, ‘to our students, especially those of you graduating this year, I know that this is not how you expected your time at Harvard to end. We are doing this not just to protect you but also to protect other members of our community who may be more vulnerable to this disease than you are.’

Similarly the Ohio State University has decided to suspend in person classes in favor of virtual instruction until March 30. The university announced this on its website the same day as Harvard University.

Ohio state has so far three coronavirus cases as of Monday.

University President Michael V. Drake said in a letter to the Ohio State community that while there are no campus-associated cases of COVID-19, we know that there are at least three confirmed cases in the state of Ohio, and we expect that there will be more.’

To note, the Ohio State University’s main campus in Columbus is one of the largest university campuses in the US. This campus has 46,820 undergraduate students which is the fourth-largest of any university in the country, according to US News and World Report.

On the other hand, Czech Republic is the latest European country which has decided to shut schools in an attempt to check the spread of the virus which has infected at least 114,633 people including 4,072 deaths globally.

Czech Prime Minister Andrej Babiš March 10 announced at a news conference that all elementary and secondary schools in the country would remain closed from March 11. But universities and Kindergartens in the country will not fall under this restriction.

Czech Republic has 31 confirmed coronavirus cases in its borders as of Monday.

This decision is made following the footsteps of dozens of countries and cities including Italy, Spain, London etc. around the world which all have shut educational institutions in a bid to stem the spread of coronavirus. Source : CNN