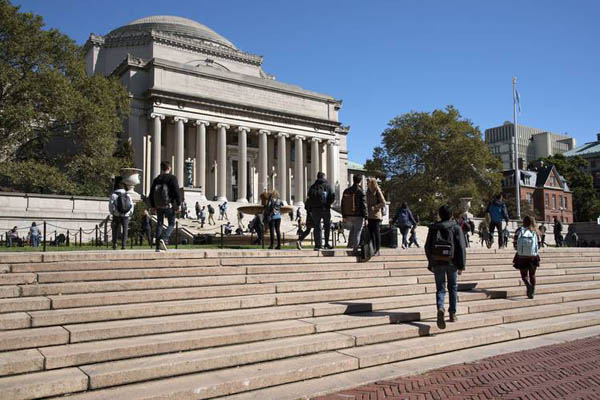 The novel coronavirus ‘Covid-19’ is having serious impacts on education activities across the USA as the number of infections and deaths continues to rise in the country alongside the rest of the world. Many schools and universities in different states including Washington, New York, California, New Jersey etc. have decided to limit their on-campus activities and instead go for online options to halt the spread of the virus.

The virus has globally infected 113,000 peoples and killed at least 4,018 individuals in at least 115 countries across the world. The vast majority in mainland China with at least 80,754 cases including 3,136 deaths to date.

Several universities in New York including Columbia University, New York University, Fordham University, and Barnard College have announced that they would start conducting online classes post Spring Breaks which is scheduled to end from March 23.

Some others including Amherst College, Massachusetts decided to finish their ongoing semesters early to try helping the containment of the virus. The university has announced that no students would be allowed entry onto the campus after March 16. But remote learning will go on there after Spring Break.

Princeton University in New Jersey is set to go online from March 23 in conducting classes and lectures in that medium as the state so far confirmed 6 cases of infections. And Brown University in Rhode Island has gone for other measures like canceling events having 100 or more attendees instead of cancelling classes.

Many West Coast universities like Stanford, the University of Southern California, and UC San Diego have opted for online lessons in place of in person activities on campuses.
Besides, many elementary schools in New York, Washington, California have already closed their educations activities short term basis to stop the spread of the virus.

On the other hand, in California State an elementary school student has got infected with the virus.  The case is from Sacramento County in Northern California. But there are no further details on the case and circumstances available.

To note, there are now at least 728 cases of infections in the USA including at least 26 deaths. Of the cases, California has at least 107 confirmed patients with two deaths. The virus has so far spread to at least 36 states and the District of Columbia. Source : CNN