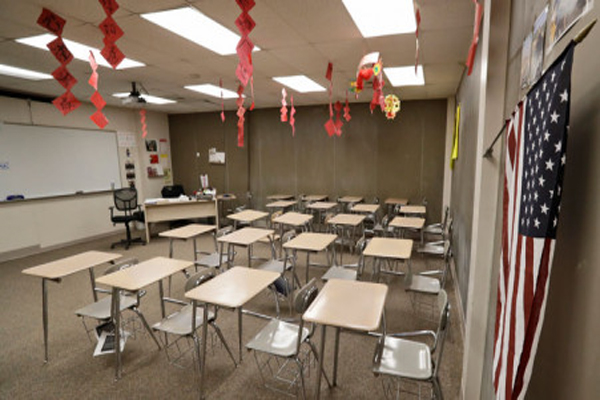 The deadly novel coronavirus has already caused huge damage to the whole USA as the virus has infected more than 2,45,500 people including over 6000 deaths in the country as of early Friday morning local time. Educational institutions including elementary, secondary Schools and universities have remained closed across the nation since the outbreak started to emerge in the country early February. Many universities there have opted for online instructions rather than in-person classes.

Now at least 10 US states have closed schools through the end of the school year due to the virus pandemic. The states are Alabama, Arizona, Georgia, Indiana, Kansas, Michigan, New Mexico, Oklahoma, Vermont and Virginia.

In addition, schools in California are now closed. Both the state Governor Gavin Newsom and the state’s superintendent of public instruction have said there is no possibility that they would be able to re-open schools in the state before the end of the school year.

According to Wikipedia, the school year in the USA is a nine months period which usually runs from early September to May or June and is divided into quarters or terms (semesters). Most schools use a semester system made up of two sessions: Fall (September to December) and Spring (January to May). Source : CNN