A couple in Indian state of Madhya Pradesh’s Jabalpur village has deployed nine dogs and three guards to protect their orchard of Japanese Miyazaki variety mangoes from theft, reports Times of India.

As per the reports, the couple named Sankalp and Rani Parihar has beefed up security the way for the orchard where Miyazaki mango variety is now growing on four trees.

The report quoted Sankalp Parihar as saying that he decided to increase security at his orchard following attempted thefts last year.

‘We had one dog last year, now we have nine of them; six are German Shepherds and three are local breeds. And we have deployed three security guards too,’ said Parihar. 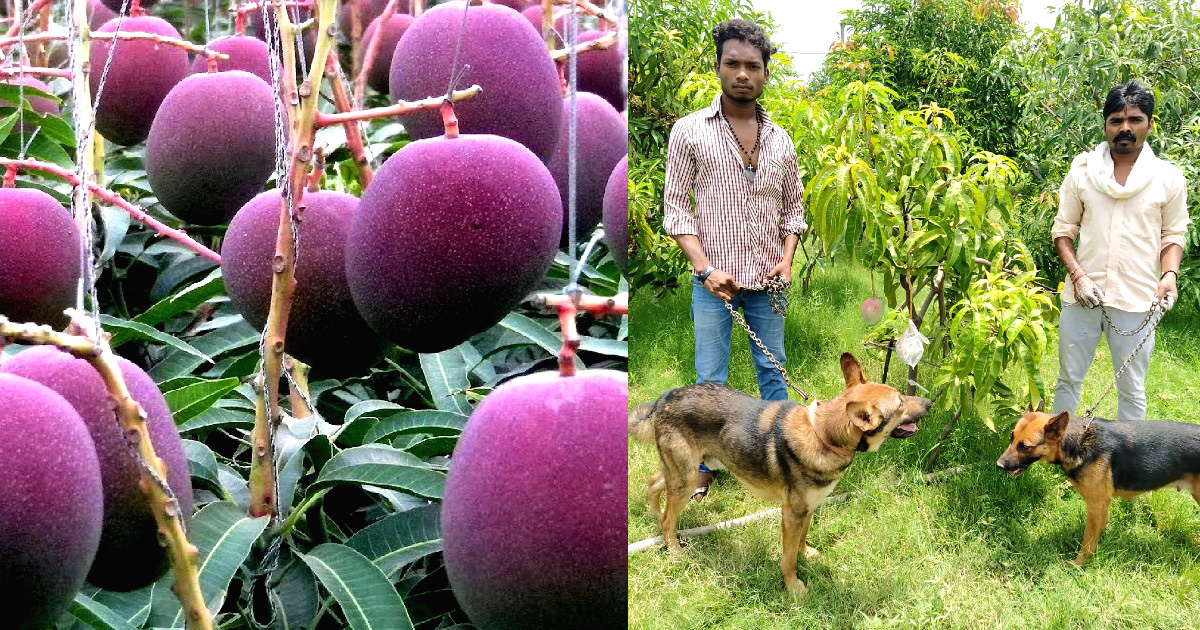 The report adds the orchard now has a total of 150 mango trees of the Japanese variety, a highly expensive ruby colored fruit. The couple initially planted 50 trees and later increased the number to 150 by adding 100 more.

The report quoted Sankalp Parihar as saying that he and his wife were offered the mango sapling four years ago by a traveler during their trip to Chennai, the capital city of eastern Indian state of Tamil Nadu, to look for a rare variety of coconut.

‘Initially, I was not aware of the breed (Miyazaki mango). But once the trees bore fruit, we realized that the plants were of some rare variety,’ said Parihar.

Why Miyazaki Mangoes Are So Expensive :

Hindustan Times quotes Madhya Pradesh horticulture department joint director RS Katara as saying that this variety of mango is costly due to its low production and sweet taste.

‘It looks very different. People abroad give these mangoes as gifts,’ the official said of the ruby colored fruit.

According to Japanese media reports, Miyazaki mangoes are among the most expensive in the world and sold at Rs 270,000 per kilogram in the international market last year.