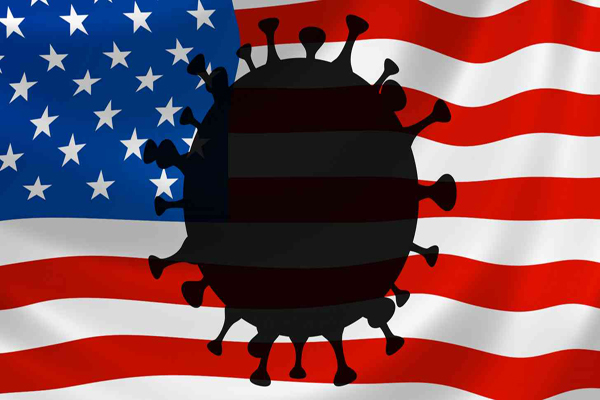 The possible death toll from the novel coronavirus in the USA by October 1 has now been revised by University of Washington’s new model. The model now predicts that the death toll of the virus in the country would be about 175,168 in total by the time.

In the USA, the national infections now stands at more than 2.5 million including at least 126,000 deaths, as per a tally from Johns Hopkins University.

The new projection by the university’s Institute for Health Metrics and Evaluation (IHME) is based on the current scenario in the country. But if almost everyone wears a face mask or face coverings, that number would fall to just over 150,000, says the forecast.

Last week, the IHME forecast 179,106 deaths by October 1 if nothing changed but said that would drop to 146,000 if 95% of Americans started wearing masks in public.

The current model shows daily deaths leveling out starting this week — at 630 or so deaths a day — and staying fairly constant if states continue to ease their restrictions on economic activity. It shows daily death rates dropping fast to just 71 deaths a day with universal mask requirements, however.

The previous forecast by the institute, published June 15, predicted that the USA would see 201,129 deaths by October 1.

According to a report out on June 12 from the Centers for Disease Control and Prevention, about 74% of Americans nationwide said they wore masks often or always. That number approached 90% in New York and Los Angeles.

Globally the novel coronavirus has infected more than 10.3 million people including at least 505,000 deaths.