A bride has appeared for her semester exam in traditional wedding dress! This surprising case has occurred recently in the Indian state of Gujarat, reports Times of India.

According to the reports, the bride Shivangi Bagthariya is a student of Bachelor of Social Work (BSW) at Shanti Niketan College in Rajkot, Gujarat.

The marriage day of Shivangi has fallen into the period of semester examination. As a serious student, she decided to attend the test even on her wedding day! Both the families—Shivangi’s own & her in-laws—supported her decision and took necessary steps to this end.

The reports say Shivangi reached the examination center along with her husband in a shimmering red sari and bridal jewelry.

Shivangi Bagthariya accompanied by her husband appeared at Shanti Niketan College in the morning to take the exam of the 5th semester of BSW (Bachelor of social work). 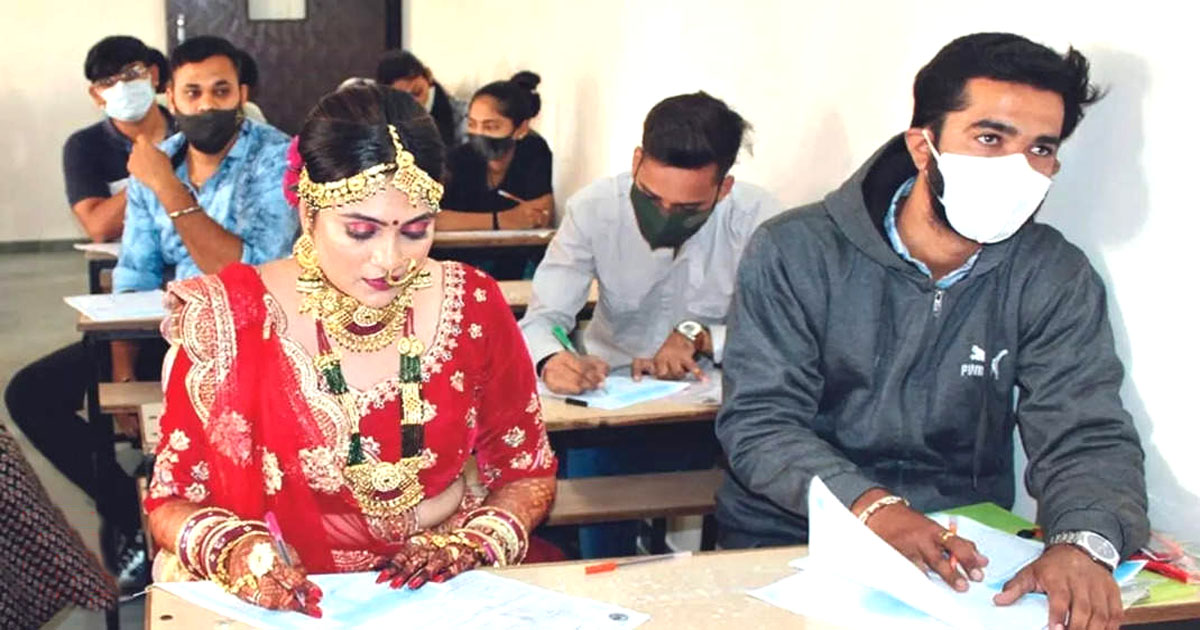 The courageous girl even talked to the media after taking the exam. She told reporters that both the families supported her decision, added the report.

By appearing for semester exam in her bridal dress on marriage day, Shivangi not only surprised many but inspired them also.

Note : Rajkot is situated in the region called Saurashtra in the Gujarat state of India.