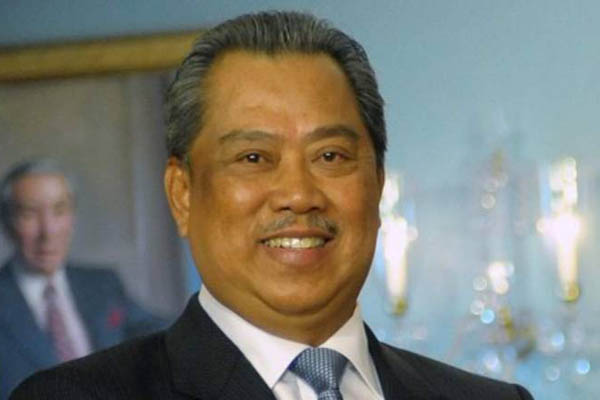 The king’s palace Istana Negara announces this February 29 in a statement following audiences with party leaders of different political parties including Umno, PPBM, PAS and others.

The statement from the palace said that Tan Sri Muhyiddin Yassin would be sworn in as prime minister tomorrow (1 March) morning at 10.30am. The Istana Negara statement was released at around 4.30pm today February 29.

Meanwhile, another most astonishing development emerges as Interim PM Tun Dr Mahathir Mohamad tonight announced that he has the support of 114 MPs to be prime minister, and said he will notify the Yang di-Pertuan Agong (King or Head of State) about this. According to the framework of the parliament, a prospective PM candidate needs at least backing or support of 112 MPs to become PM. Having such a number of backing of MPs is called a simple majority by the rules of business of parliament.

This is a new turn of events to the already chaotic political situation in Malaysia. With this state under consideration, enthusiastic people about the country’s political turn of events need to wait until March 1 morning to see the ultimate outcome from this messy state.

The Istana Negara statement said that Muhyiddin Yassin’s swearing in decision was taken after it received today nomination lists of candidates for the prime minister post from independent MPs as well as the leaders of political parties that had MPs in the Dewan Rakyat (Parliament), adding that the Yang di-Pertuan Agong was of the view that Muhyiddin had the majority support following the representations received.

Prior to becoming the president of PPBM, Muhyiddin was from, UMNO, a party from the previous ruling coalition Barisan Nasional headed by then PM Najib Razak.
He was Najib Razak’s deputy before he was sacked in 2015 for being critical of the 1Malaysia Development Berhad scandal.

Muhyiddin then joined forces with the opposition bloc along with Anwar Ibrahim and Mahathir Mohamad to form the Pakatan Harapan coalition which eventually capitulated in February 2020.

Following Pakatan Harapan’s victory in 2018, Muhyiddin was diagnosed with an early-stage tumour in the pancreas. He was hospitalized for a month between July to August to have the tumour extracted.

Muhyiddin had to undergo chemotherapy treatment for up to six months. During this time, Mahathir had assumed his charge as Home Affairs Minister.

Muhyiddin has experience in leading several ministries when he climbed the ranks at the federal level. Between 1995 to 1999, he was Malaysia’s Minister of Youth and Sports, then between 1999 to 2004 he was appointed the Minister of Domestic Trade and Consumer Affairs before taking on the Agriculture and Agro-based Industry until 2008.

For a brief period until 2009, he was also the Minister of International Trade and Industry.

In 2009, he was made Najib’s deputy and Minister of Education. During his tenure, he had abolished the use of English for science and mathematics subjects.