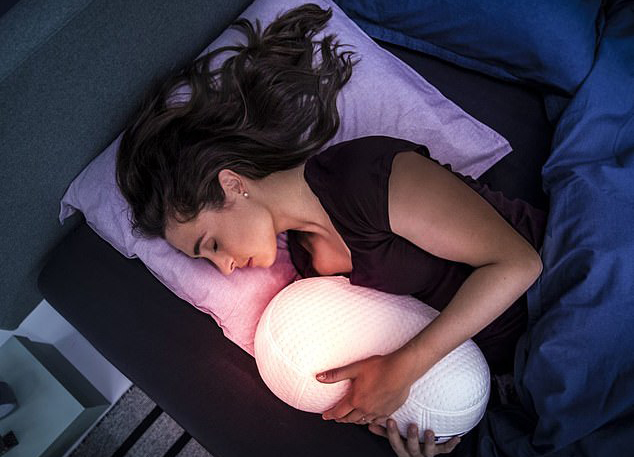 A group of student-cum-researchers have created a robot that can help users fall asleep by simulating rhythms or sounds akin to that of human beings. The creators of the robot called ‘Somnox’ hope that it will revolutionize in helping people struggling to get to sleep. The robot is now available on Amazon to buy for £549.

Several studies have already shown that a third of people worldwide don’t get enough shut-eye. The researchers suggest that majority of adults need an eight hour sleep per night. But hectic modern life and various types of concerns regarding life are depriving most people from having adequate sleep a day.

For them, the robot Somnox can come to be a big relief as it will help them fall into sleep. According to researchers, the kidney shaped robot will do that by breathing along in a soothing manner with users.
Many studies have shown that breathing is one of the most important factors of a good night of sleep. As per researchers,  ‘A slow breathing rhythm can induce a person to sleep in minutes; your heart rate decreases and you’ll become relaxed in minimal time.’

The robot Somnox will do the same work. That means it has got the ability to slow down the users’ breathing by simulating rhythms that the human body naturally adapts to when it feels them. They added that while subconsciously preparing your body for sleep the robot can also play meditation music, lullabies, a heartbeat, or nature sounds to distract people from their racing thoughts.

Somnox is the brainchild of a group of robotics and engineering students from Delft University of Technology, Netherlands. Source : Mail Online