10 New English words & Ways To Use Them 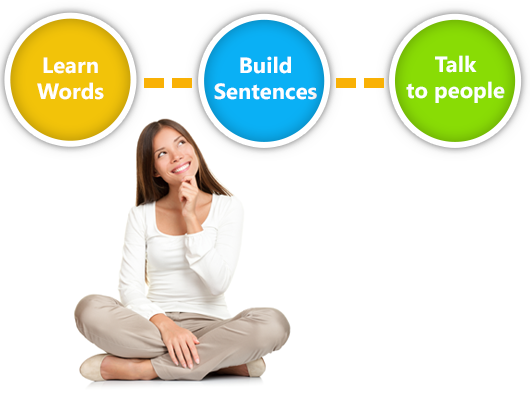 Every year, about 1,000 new English words come into use. The English language is fast at adapting to the changing world and, as it evolves, these new words appear from many different walks of life. Let us take a look at some new English words that come into use recently and ways to use them in daily conversations are explained below :
1. Photobomb : The word means ‘spoil a photograph of (a person or thing) by unexpectedly appearing in the camera’s field of view as the picture is taken, typically as a prank or practical joke. Look at the examples :
1. That would have been a nice photo if that guy hadn’t photobombed us.
2. The dog has just photobombed our picture. Otherwise it would have been a good picture.
2. Vape  : A recent trend is to give up smoking cigarettes in favour of electronic ones. If you like vaping, then you’re a vaper.
a. For the sake of my health I decided to give up smoking and try vaping.
3. Glamping : If you like camping but are looking for something less muddy and more comfortable, you could try glamping – or glamorous camping. You still stay in a tent or tepee in the great outdoors, but usually you’ll be sleeping on a bed with pillows and duvets and there may even be a kitchenette and Wi-Fi.
a. We wanted to try something a bit more luxurious than camping, so we booked to go glamping.
4. Binge-watch : It means to watch a large number of television shows, usually from the same series, in succession. Look at the sentences below :
a. I was ill last week, so I downloaded and binge-watched the whole of series one of Game of Thrones in one day!
5. Meh : This word has become a popular way to express the fact that you’re not bothered or impressed about something. See the example :
a. I ordered a new dress online, but when I tried it on – meh.
b. The dress looked very nice under light but when light off, it was not that much attractive— meh.

6. Freegan : In opposition to consumerism and capitalism, there is a group of people that tries to recycle everything, including eating food that has been thrown away. These folk are known as freegan. See the sentences below :
a. Steve hates waste, so he decided to become a freegan to reduce food waste.
b. One day we all need to be freegans considering the huge amount of food that are wasted annually worldwide.
7. Voluntourism : This term describes people who volunteer overseas for a charity, maybe to work on a project for elephants’ welfare or to help build a community school, but their actual motivation is to visit foreign places. The word is also used to mean tagging on a holiday at the end of a volunteer period abroad.
a. I really want to explore South America, so I thought I’d try voluntourism.
8. Webisodes  : Programs, shows that are only available online are known as webisodes. Someone will only be able to find these TV shows using the internet.
a. I’m going to watch the new webisode of Orange is the New Black on Netflix.
9. Crowdfund : The word means finance coming from a group of people who usually donate a small amount of money. Read the examples below :
a. Agatha wanted to start a new charity project, so she tried crowdfunding to raise some money.
b. We are going to build a new company through crowdfunding.
10. Buko  : A new slang term to mean much or many. look at the examples below :
a. I’ve worked extra hours this week and earned buko cash.
b. The food was very tasty. So I ate buko of it.

Practice more and more and use them in sentences and daily conversation so that you can get accustomed to. Good luck!

Things To Do To Get Success At New Job

Ways To Offset A Bad Day At Office