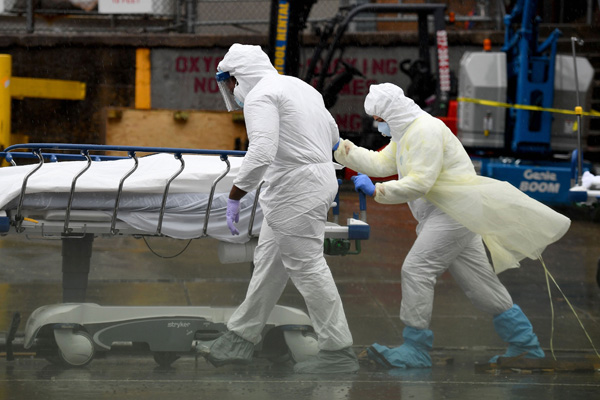 US Has Highest Corona Deaths of 2,074 Friday with over 500k Cases Total

The US has witnessed its largest single-day deaths of 2,074 on Friday from the novel coronavirus so far since the epidemic began in the country, bringing the national death toll to at least 18,758, as per data from Johns Hopkins University. On the day alone, at least 35,551 new cases were reported across the country.

On the other hand, there are now more than half a million coronavirus cases in the country. As per the University, the US has now at least 501,301 cases as of Friday local time.

In the USA, New York remains the epicenter of the country’s outbreak, with at least 174,481 cases statewide and more than 7,884 deaths.

New Jersey has the second highest number of cases with 54,588 cases and at least 1,932 deaths as of Friday April 10.
Wyoming is the only state which has yet to report any deaths.

According to Johns Hopkins University, the virus has now infected about 1.7 million people and claimed lives of more than 102,000 across the world. Source : CNN, Bloomberg