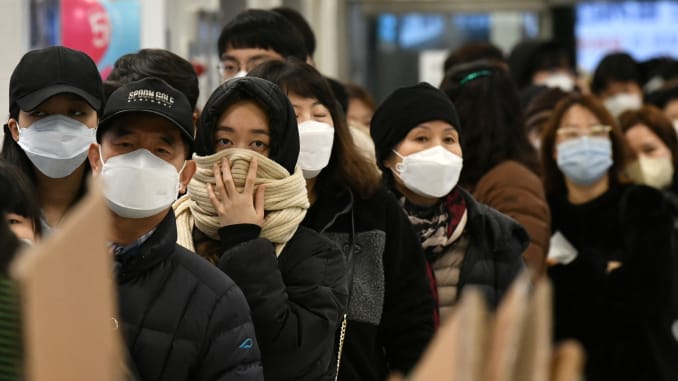 The novel coronavirus situation is getting dire in Japan gradually. But a latest report from the country’s health ministry just sets off an explosion as the report predicts that the virus could claim lives of more than 400,000 people in the country if further stricter measures are not taken to contain the virus. The report is published on April 15 and aired by public broadcaster NHK. It also forecast that at least 850,000 patients would need ventilators.

As per the country’s health Ministry, there are now at least 8,812 cases of infections of the virus including 131 deaths. On April 14, there are at least 457 new infections recorded and 10 deaths on Tuesday.  The majority of the cases are reported in the capital,Tokyo.

Dr. Hiroshi Nishiura, the head of the panel behind the report said, ‘If we receive the outbreak without any weapon to protect ourselves, the number of severe cases will exceed existing number of ventilators.’

The Hokkaido University Professor added, ‘all Japanese must change the pattern of action and help us to stop this outbreak as soon as possible.’

As part of the measures to slow the spread of the virus, Japanese Prime Minister Shinzo Abe officially declared a state of emergency on April 7 for 7 worst affected regions by the virus including Tokyo. But that also comes a couple of months after the first domestic cases of the virus reported. Besides, a public health emergency was issued for all over Japan by the commander of the US Forces Japan (USFJ) amid the virus pandemic.

Globally the number of cases of covid-19, the official name of the virus, has crossed two million mark as per the latest AFP tally, the virus has now infected at least 2,000,576 people including 1,26,871 deaths. In the world, Europe is the worst-hit continent by the virus with 10 lakhs 10,858 cases and 85,271 fatalities. Source : CNN, TOI