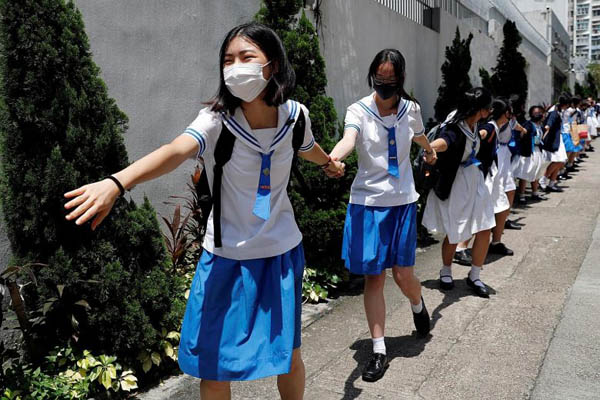 To halt the spread of the deadly virus Covid-19, authorities in Chinese autonomous territory Hong Kong have extended the resumption of school activities up to at least April 20, though the exact date being unannounced, reports News agency Reuters today.

The extension decision is taken in the wake of the surge of the virus outside of mainland China, which has now killed at least 2700 globally with all but 37 being in mainland China.

Students in the Asian financial hub were expected to return to classes on March 16. But given the existing situation worldwide regarding the virus outbreak, the city authority had to take the decision of further extension.

Hong Kong city’s Secretary for Education Kevin Yeung today February 25 announced the decision of extension. The minister said classes at schools across the city would be suspended until after the Easter holiday with April 20 being the earliest date to return, adding that the exact date of resumption would be evaluated at a later time.

Following the spread of the virus in mainland China, majority of schools in Hong Kong have already turned to online schooling via conference calls with home works being provided on a daily or weekly style.

To note, in Hong Kong there are now at least 81 confirmed cases of infections with the virus and two deaths to date.