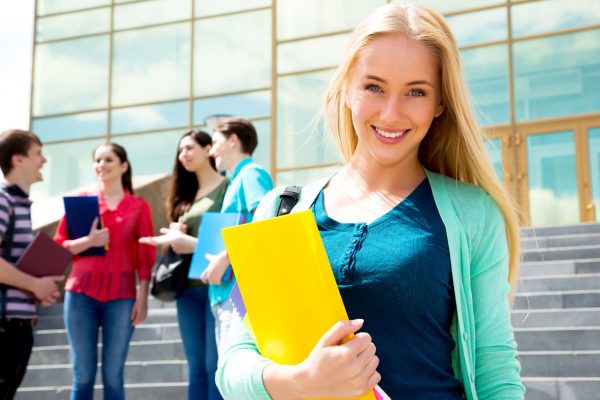 If you have decided to choose Canada as your higher education destination, then it’s been a wise decision. First, you’ll definitely have the opportunity to encounter vastly different cultural and natural experiences . Canada is known for its natural beauty and for its multicultural diversity. Despite being the world’s second-largest country, it has a population smaller than that of just one US state, California.

Top universities in Canada : Canada has a well-established position among the world’s leading study destinations. The most popular Canadian provinces for international students are Ontario, British Columbia and Quebec, which between them are home to many of the top universities in Canada.
For those looking to study at an elite university in one of the world’s most developed nations, applying to study in Canada can be an attractive option. A total of 26 universities in Canada feature in the QS World University Rankings® 2019, of which three are in the world’s top 50, with 11 more making the world’s top 300 – a feat matched only by a handful of other nations.
The two highest Canadian entries are the University of Toronto (28th) and McGill University (33rd), located in Toronto and Montréal respectively (the two largest cities in Canada).
Higher education in Canada : Undergraduate degrees in Canada can take either three or four years to complete, depending on the university. Postgraduate degrees last between one and three years to complete, depending on the type of degree. Different types of higher education providers in Canada include: universities (which carry out research and provide both undergraduate and postgraduate degrees), community colleges and technical, applied arts or applied science schools (which grant certificates, diplomas, associate’s degrees and bachelor’s degrees).
As universities in Canada are managed by provincial governments, you’ll find there will be slight differences in how education is carried out.
Affordable cost of study : Cost is the most significant barrier for most students hoping to study abroad. Canadian international students have to pay higher tuition fees than domestic students. That said, the average annual tuition for an international student’s Canadian undergraduate degree was $16,746 USD in 2014. Compare that to the U.S. ($24,914 USD), Australia ($24,081 USD) or the United Kingdom ($21,365 USD ).

Benefits of study in Canada :
Work scope while study : There’s no doubt that studying abroad is always expensive. Luckily, international students in Canada are eligible to work up to 20 hours per week during on study periods and full-time (30 hours/week) during study breaks like summer vacation. Most students don’t need a work permit to work while they study, though work permit and student visa are provided concurrently. Study permit will indicate whether you’re allowed to work off campus. Even inside the universities many part time opportunities are available which are very much useful for the students. With the earning, they can meet the needs for their living.
Immigration opportunity : After graduation, students can work full time for two years and after the completion of one year work, they can apply to become a permanent resident of Canada.

Where To Use Simple Present Tense?