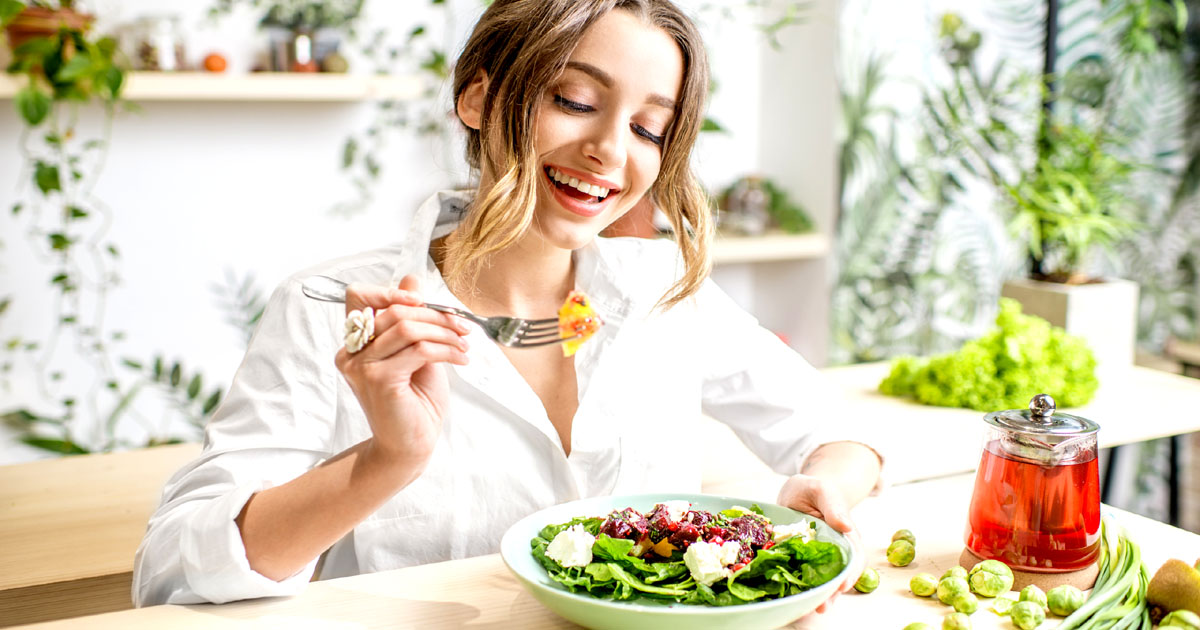 Are you vegetarian? Then there’s a good news as a new study suggests vegetarians are generally healthier than meat eaters, irrespective of age, gender, weight, smoking and alcohol intake, reports Health-line Online.

The study is carried out by a team of researchers from Glasgow University in Scotland. The findings of it have recently been produced at the European Congress on Obesity (ECO).

The researchers studied the diets of 177,723 British residents aged between 37 and 73 over a period of five years. Among them, 4,111 were vegetarians meaning they maintained a diet without red meat, poultry and fish.

According to the recently published findings, vegetarians appear to in better health in comparison to meat eaters, regardless of their age, weight, smoking habit and alcohol consumption level.

By analyzing blood and urine samples from the candidates, the researchers examined the relationship of each diet on 19 biomarkers related to diabetes, cardiovascular disease, cancer, liver, bone and joint health and kidney function. They concluded that vegetarians had “significantly lower levels of 13 biomarkers, including total cholesterol,” based on what they observed.

The findings show that a diet made in combination of vegetables, fruits and nuts are good for better health.

Of the finding, Dr. Carlos Celis-Morales at the University of Glasgow said, ‘as well as not eating red and processed meat which has been linked to heart diseases and some cancers, people who follow a vegetarian diet tend to consume more vegetables, fruits, and nuts which contain more nutrients, fiber, and other potentially beneficial compounds’, adding ‘these nutritional differences may help explain why vegetarians appear to have lower levels of disease biomarkers that can lead to cell damage and chronic diseases.’

The study however found that vegetarians seemed to have lower levels of some health-promoting biomarkers such as good cholesterol and vitamin D.

Therefore the researchers have made a conclusion cautiously, pointing out that their study was observational and that they tested the samples only once per participant. So they are for more study to this end to reach a concrete decision.

BGB Civilian Job Circular 2021 : HOW To Do Registration