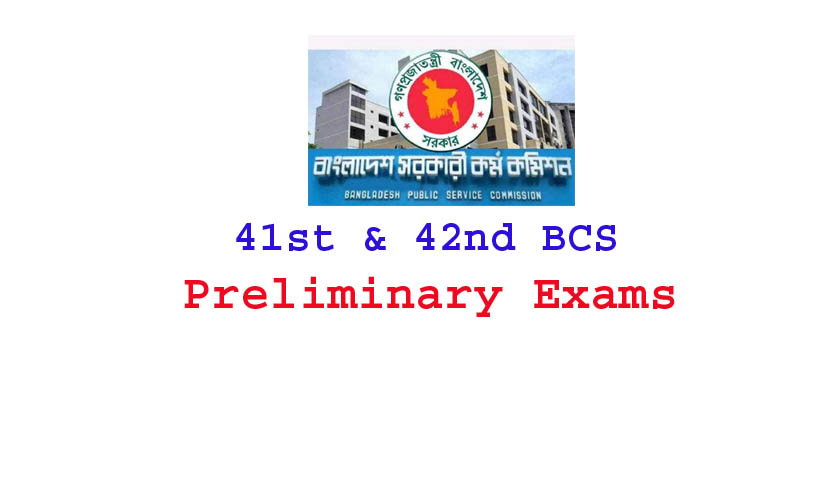 The preliminary exam of the 41st BCS will be held on March 19 this year, says a press release from Bangladesh Public Service Commission (PSC). The date for the exam came long 14 months after the advertisement for the BCS.

The press release also announced the date for special 42nd BCS preliminary examination as well which is set to be held a bit earlier, on February 26.

According to the press release, 41st BCS preliminary exam will be held simultaneously in Dhaka, Chattogram, Khulna, Rajshahi, Sylhet, Barishal, Rangpur and Mymensingh on the date from 10 am to 12pm.

And the preliminary exam of 42nd BCS will be held on February 26 from 3 pm to 5 pm., added the press release. To note, more than 31,000 applications are made for this special BCS.

The seat plans and further details on both the BCS exams will be announced later, reads the release.

Necessary Link : To get further details on both the BCS Exams, one can surf the official website at