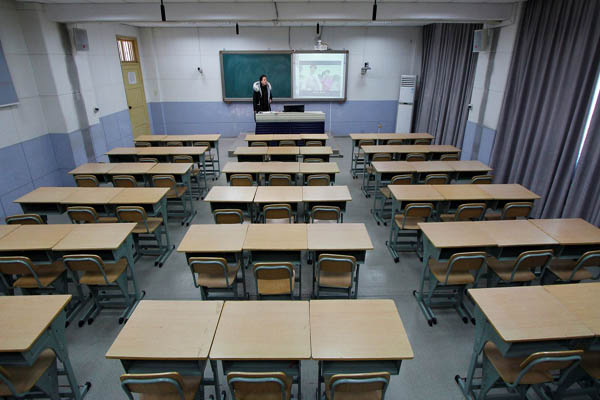 The nationwide closures of schools and colleges continue in the USA as now Georgia has decided to close all its public schools for the rest of this month, starting from Wednesday March 18. The state governor Brian Kemp has announced this in a statement all public schools to close starting Wednesday until March 31.

Now at least 40 states in the USA announced closures of all schools and colleges in their respective areas. The latest to that list was Tennessee where the state governor on March 16 taken decisions to close all educational institutions with the decisions to be in place from March 20.

Georgia governor’s full statement reads, ‘to keep our students, teachers, and administrators safe and mitigate the spread of COVID-19, I am ordering the closure of all public elementary, secondary, and post-secondary schools in Georgia from March 18, 2020 to March 31, 2020.’

The US has now at least 8,736 cases including at least 150 deaths. Of the deaths, 80% were aged 65 and older, according to a report from the US Centers for Disease Control and Prevention. The New York state has the highest number of cases with more than 29,00.

On the other hand, Texas reports its first death from the novel coronavirus with the patient being a male in his late 90s and a resident of Matagorda County. The person died Sunday evening at Matagorda Regional Medical Center with symptoms consistent with Covid-19, said a statement from the hospital.

The same day, the state authority confirmed another case, bringing the state’s total cases to 57 and one death of the virus.

Meantime, American software giant Microsoft has made announcement to shut down all of its stores globally, effective immediately, in response to the coronavirus pandemic. The company said in a statement on Twitter, ‘we know families, remote workers and businesses are under unique pressure at this time, and we are still here to serve you online at Microsoft.com.’

According to Johns Hopkins University, USA, which is tracking cases reported by the World Health Organization and additional sources, the total number of cases worldwide is now at more than 218,800, with at least 8,800 deaths. Of the total cases, Mainland China country has a total of 80,928 cases and 3,245 deaths. Besides, the country reported no locally transmitted cases on Wednesday for the first time since the virus first was first detected in the country in late December last year. There were just 34 imported cases recorded in the country on the day, according to the National Health Commission, China. Source : CNN