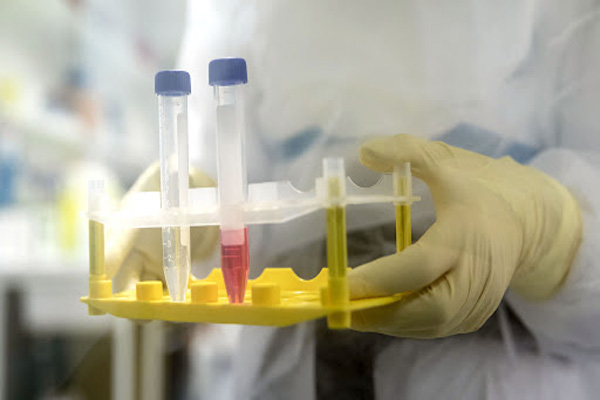 First human trial of a potential novel coronavirus vaccine has started Monday (March 16) in the USA, reports news agency AP quoting unnamed US official. As per earlier reports, the trial is set to be carried out at the Kaiser Permanente Washington Research Institute in Seattle, Washington D.C.

According to the report by AP, US researchers Monday administered the first dose of the vaccine to the first volunteer on an experimental basis. During the trial, financed by the National Institutes of Health, USA, at least 45 young, healthy volunteers will take different doses of the vaccine which is co-developed by the NIH and the Massachusetts-based biotech firm Moderna Inc.

The report adds that volunteers taking part in the trial procedure of the vaccine are not at risk of being infected with the virus because the vaccine does not contain the virus itself.

According to the latest update from the World Health Organization (WHO), the deadly novel coronavirus, officially known as Covid-19, has now infected more than 1,68,000 people and killed over 7 thousand globally.

Since the outbreak began in Wuhan, China, scientists across the world have been trying to develop a fruitful vaccine for the virus. But they have not so far made any significant breakthrough in doing so. Amid their efforts to make a vaccine, a group of researchers in the USA possibly managed to make a breakthrough in creating a potential vaccine to fend off the virus.

Even if the trial finally turns out to be successful, there are doubts if the vaccine would be up for use soon on mass scale across the world. As Dr. Anthony Fauci, director of the NIH’s National Institute of Allergy and Infectious Diseases told the AP, ‘you’re talking about a year to a year and a half before any vaccine could be issued for public use.’

According to reports, China, South Korea and Germany are expected to begin similar types of human trials in their efforts to find a cure against the virus which has now spread to at least 148 countries and territories across the globe.
US President Donald Trump has recently expressed that a vaccine for the deadly novel virus would not be far away, urging scientists globally for an expedited vaccine creation process. The human trial of a potential vaccine by the scientists of his own country likely goes well in line with his wishes.

On the other hand, Germany’s foreign minister said March 16 that the rights to coronavirus vaccine research were not for sale, following reports President Donald Trump wanted the US to buy exclusive access to a potential vaccine developed by a German biotech firm CureVac.

The comments from German FM come as scientists race to develop a vaccine against the deadly coronavirus that has killed more than 7 thousand people globally. Source : New York Post, Malay Mail Online