Winners Of Oscars 2021 At A Glance

The winners of 93rd edition of the prestigious Oscars have been announced on April 25, 2021 at a ceremony held at Union Station in Los Angeles, USA. Here’s the winners in all major categories and others of the Oscars 2021 in brief :

Winners In Major Categories & Beyond :

Best Actor : Britain’s Anthony Hopkins for his role in ‘The Father’.

Best International Feature : Another Round (Denmark).

Best Animated Short Film : If Anything Happens I Love You.

Details On Some Winners :

Chinese Chloe Zhao, named best director for ‘Nomadland’, has become the first Asian woman and only the second woman ever to take home the Oscars, aka the Academy Awards. 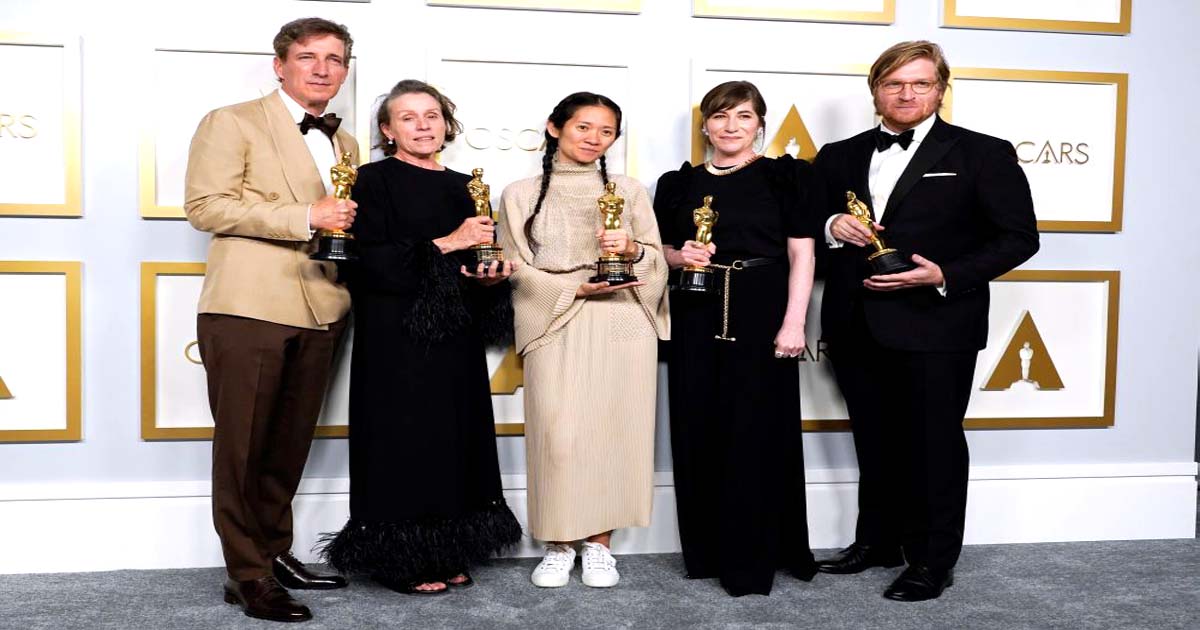 Frances McDormand and Chloe Zhao with the Oscar Trophies (2nd & third from left).

Chloe Zhao has won the Oscars as Best Director 11 years after Kathryn Bigelow became the first woman to win the director Oscar for her Iraq war drama ‘The Hurt Locker’.

Sir Anthony Hopkins, aged 83, is now the oldest actor to win an acting Academy Award. The 83-year-old took home the statue for best actor for his role in ‘The Father.’

On the other hand, Yuh-jung Youn (73) is the first Korean actress to have won for best supporting role at the Oscars.

The film ‘Soul’ is directed by Pete Docter and Dana Murray.

The Netflix Original documentary film ‘My Octopus Teacher’ is directed by Pippa Ehrlich and James Reed.

To note, the winners for different categories were chosen in a secret ballot by the 9,000 members of the Academy of Motion Picture Arts and Sciences.