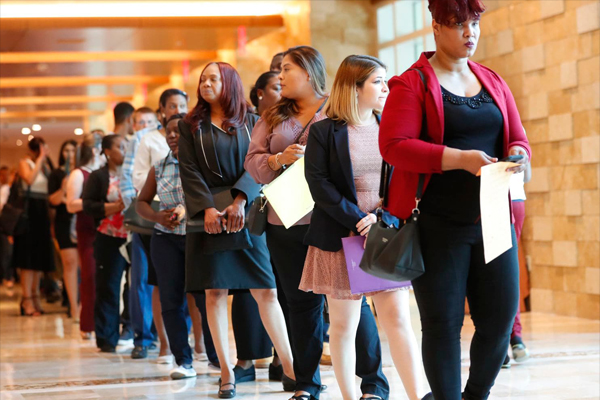 The US labor force continues to grow at a steady pace for a record 106 straight months up to July 2019. According to the latest Labor Department Report published on August 2, the country’s labor market added 1,64,000 new jobs last month. Economists says that this job generation is well in line with the expectations. With that number, the US total labor force stands at 163.4 million (16.34 crores) which is a record high. As per Wikipedia, USA had 327.2 million people in 2018 which is just over 32 crores.

As per the latest job report, the new job creation in July was still fewer compared to the previous month of June when that number was notably high. With that new job addition, the unemployment rate in the USA remained unchanged from the prior month at 3.7%.

In the report, it has been said that average earnings per hour in the USA increased by 3.2 percent from the previous year 2018. Though wages of American people have also seen a hike, concerns exist among the specialists that income growth has remained static.

The labor department report also says that employment generation a month in the world’s largest economy from June to July was a solid 140,000. Source : Business insider