University Students, Be Aware of Using Phones at Classes! 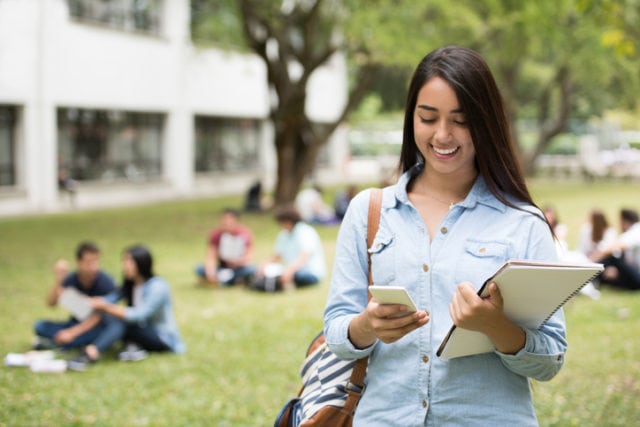 Excessive or above average use of smartphone by students particularly at university level negatively affects their exam score, finds a study. It also shows that students who are obsessed with phones are more likely to fail in exams. The study is carried out by a group of researchers at the University of Ghent, Belgium and findings of it got published in the journal Kyklos.

The research is conducted involving around 700 students from the university. The participating students were asked to provide information on the frequency of their smartphone use in day-to day life including their class time.

The study finds that students who use phone intensely or above the average level in classes receive a five percent less score in exam compared to those who just avoid their phones. The lower score increases the risk of failure in exams as well. To mention, phone use considered above average level is around five times in an hour-long lecture or session.

Not only phone use, other factors such as using social media, the internet and playing games by students were also taken into consideration in doing the study.

Researchers find that students having addiction to phones are eight percent more likely to fail to get standard score in exams, with just 60.6 percent pass rate, compared to the 68.9 percent for those who abstain from using phones at class.

According to researchers, the findings of the study are clear and definite as Professor Stijn Baert at the university said, ‘The analyses are unambiguous: students who intensively use their smartphone perform worse at exams.’ The Professor added, ‘students with an above-average smartphone use score on average 1.1 points out of 20 less on their exams than students with smartphone use below the average.’