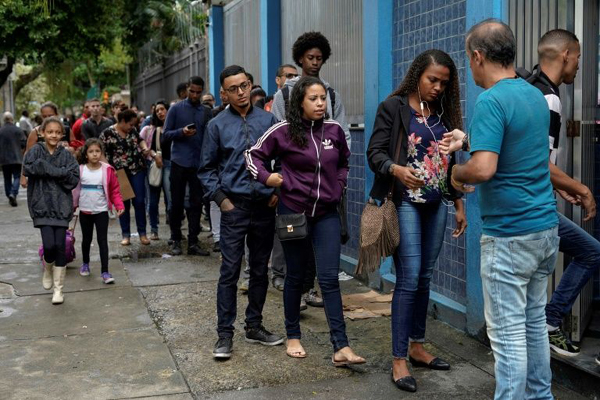 The official unemployment rate in Brazil, the second worst affected country by the novel coronavirus in the world, now stands at 13.3% in the last quarter ended in June.

The rate of joblessness of 13.3% means there are now 12.8 million jobless people in the country, says a report from Brazilian Institute for Geography and Statistics (IBGE).

According to the latest official report, a total of 8.9 million people got unemployed amid the coronavirus pandemic that swept through the country.

This Story You May Like Too : More 1.2 Million Americans Filed for Unemployment Benefits

When compared with the previous quarter up to March, the unemployment figure was 12.2%. The unemployment rate recorded in the following quarter finished in June was the highest since the quarter ended in May 2017.

According to Adriana Beringuy, research analyst at the IBGE, the contraction in the number of employed people in Brazil between April and June affected mostly the more vulnerable population.

She said, ‘most of this reduction comes from informal workers, who are the ones with the lowest income.’

According to Worldometer, there have been 2.86 million cases of infection by novel coronavirus with 97,418 deaths in Brazil to date. Source : CNN