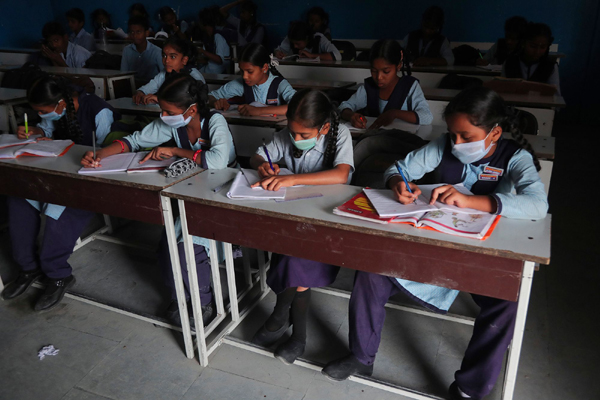 Two Indian states—national capital New Delhi and Uttarakhand– have closed all schools and colleges until the end of this month to prevent the spread of deadly novel coronavirus ‘Covid-19’. Delhi Chief Minister March 12 made the announcement at a press conference in the capital city, declaring the virus an epidemic. Meantime, India the same day confirmed its first death from the virus with the male victim being from Karnataka aged 76.

According to India’s Union Health Ministry, the total number of novel coronavirus cases now in the country is at least 74 with new 14 new cases till March 12. The national capital Delhi has 6 confirmed cases of the virus.

The Covid-19 virus has now infected at least 1,27,863 people and killed at least 4,718 globally, the vast majority though in mainland China. The World Health Organization has on March 11 declared the virus a pandemic which has so far spread to at least 125 countries and territories across the globe.

In India, the confirmed cases of the virus have been reported in several states including Maharashtra, Kerala, Karnataka, Rajastan, Tamil Nadu, Ladakh, New Delhi, Jammu & Kashimir.

The country has reported its first death of the virus In Karnataka where a 76 year old man from Kalaburagi died on March 10. With the exact cause of his death being unknown, concerned authorities conducted examinations on his body.

After testing, March 12 it’s been confirmed that the elderly died of the virus. The man died when he was being brought from a Hyderabad hospital to Kalaburagi on the date. Source : TOI