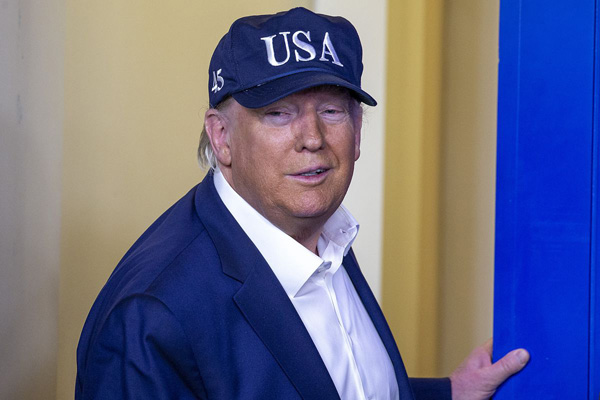 US President Donald Trump has been cleared of the novel coronavirus catch rumors as he tested negative for the virus upon testing, said a statement from his physician Sean Conley March 15. The statement is released by the White house.

Last week a Brazilian delegation headed by the country’s President Jair Bolsonaro met President Trump at his Florida Mar-a –Lago resort and had dinner with him. At the resort, Trump was photographed standing next to Fabio Wajngarten, the press aide to Brazilian President. Fabio later tested positive for the disease upon returning to the country.

As the news come out, there were growing pressures on President Trump to take the test and get the air cleared. As per the statement from the White House, President Trump took the test on March 13 and received the test result the following day evening which showed negative.

The deadly novel coronavirus has spread across the USA, infecting more than 1,816 and claiming lives of at least 58 to date. In the wake of rapid outbreak in the country, President Trump March 13 declared the outbreak as a national emergency to combat it.

Globally the virus has infected more than 154,000 people and killed about 5,800 since it first got identified in China in December 31 last year.

The virus, spread already to at least 135 countries and territories, has now taken a new turn as the World Health Organization March 14 declared Europe as its new epicenter because of its fast spread across the continent, infecting about 40 thousand and killing more than 15 hundreds so far. Source : Reuters

India BRINGS Back Students From Italy On Special Flight