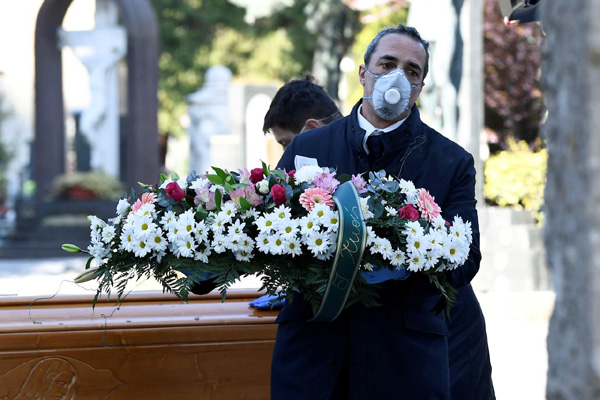 The novel coronavirus cases continue to rise across the world alongside the death toll from it. The USA, UK and India are not any exceptions to it. In the USA, there are now at least 8,736 confirmed cases of the virus with at least 149 deaths across all the 50 states, Washington, DC and other territories in the country, according to the state and local health agencies and governments and the US Centers for Disease Control and Prevention. Of the total cases, about 70 are repatriated ones.

Of the total confirmed cases in the USA, the highest number is in New York with more than 2900 cases. The next state with second most cases is Washington with 1,187 cases and California in third spot with 690 cases.

In the UK, the number of people who have tested positive for coronavirus has risen to 2,626 with at least 104 deaths, according to the health ministry on March 18.

And in India, the number of cases has risen to at least 170 as of the same date. The death toll from the virus in the country now stands at just 3. The virus has spread to about 15 states in the country.

According to Johns Hopkins University, USA, which is tracking cases reported by the World Health Organization and additional sources, the total number of cases worldwide is now at more than 215,000, with at least 8,700 deaths.

On the other hand, according to a study, the novel coronavirus could kill at least 2.2 million people in the USA while the figure from the virus would be about half a million in the UK. The study is carried out by a group of researchers at Imperial College London, led by Steven Ferguson, a mathematical biology professor at the college.  Source : CNN, Reuters and Times of India.