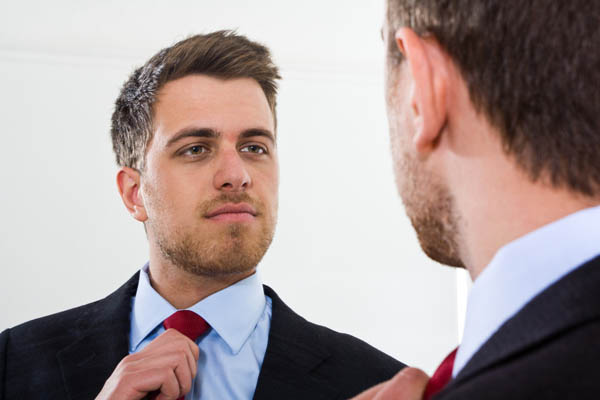 A person before a mirror trying to assess something self

Talking About Self In 1st Person Makes One Wiser

Greek philosopher Socrates’ most known quote is ‘know Thyself’. This philosopher self said that this is the key to the beginning of wisdom. Truly said as the clear evidence to that is this quote is often found written on the entrance to educational institutions. In addition, we sometimes mention this while giving advice to someone towards achieving self development. But just knowing this phrase may not be enough for this purpose as a recent research has shown that there is wrong or right way to assess oneself. The study has manifested that talking about self in the third person (he, she, they) makes one wiser. In another words, the summary of the study is that this way of gaining knowledge about self improves one’s cognitive abilities.

This new study is done by psychologist Igor Grossmann who works with the University of Waterloo in Canada. In the study, the participants were divided into two groups. They were asked to keep diaries and write down the situations they had come across on a given day. Half of the respondents were asked to note down their experiences in the first person while the other half were told to do the same in third person like he, she or other.

Later the participants went through a ‘wise-reasoning test’. The most interesting thing of the whole study happened in this exam. Those who noted their experiences in their diaries in 3rd person had higher scores on cognitive skills like emotion controls, thinking. Not only that, those type of participants also showed to hold better abilities to deal with changing situations. Besides the study also showed that self knowing in the 1st person could bring lasting benefits for cognitive functions of brains. But majority of earlier studies demonstrated that this way of knowing oneself could develop one’s cognitive skills temporarily. Source : Business insider