Russia has claimed that it has developed the world’s first vaccine against the novel coronavirus.

The vaccine is developed by Moscow-based Gamaleya Institute and named as Sputnik-V, a reference to the 1957 launch of the world’s first satellite by the then Soviet Union.

The country’s President Vladimir Putin announced on August 11 on state TV. But the questions surrounding its safety and effectiveness remain unanswered as the country gave no scientific data on the vaccine testing.

Russian President Vladimir Putin announced the approval of a coronavirus vaccine for use on Tuesday, claiming it as a “world first,” amid continued concern and unanswered questions over its safety and effectiveness.

Announcing the development of the vaccine on August 11, President Putin said on state TV, ‘a vaccine against coronavirus has been registered for the first time in the world this morning. I know that it works quite effectively, it forms a stable immunity.’

Putin further said that one of his daughters had already taken it, adding that after taking the vaccine, his daughter had a slightly higher temperature but later she felt better.

According to Russian government, the vaccine finished Phase 1 and Phase 2 trials on August 1. The crucial phrase-3 human trial began on August 12 on more than 2k people. But typically phase-3 trials are conducted on tens of thousands of people.

Generally approval or registration of any vaccine is done post phrase-3 trail. But in the case of Russian corona vaccine, it happened earlier which raises question about its effectiveness among various quarters including scientific community.

The answer to the question may be found in a law which was enacted in Russia in last April that put the need of phrase-3 trial to an end for approval or registration. 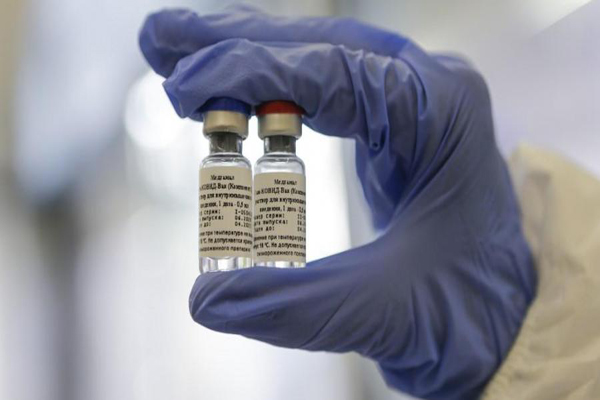 Besides, Moscow has just thrown away concerns about the vaccine’s safety. Russian Health Minister Mikhail Murashko said, ‘according to the results, the vaccine has shown high efficiency and safety. All volunteers developed high level of antibodies to Covid-19, while none of them showed serious complications of immunization.’

Philippines To Have Clinical Trials of Russian Vaccine In October : The Philippines government announced that it plans to begin clinical trials for the Russian vaccine in October this year, according to the state-run Philippines News Agency (PNA).

The report said quoting presidential spokesperson Harry Roque that Phase 3 clinical trials of the vaccine will take place in the Philippines from October 2020 to March 2021 — the same time as they are held in Russia.

The trials will be held after a vaccine expert panel conducts a review of the results of clinical trials for Phase 1 and Phase 2 in September, said the spokesperson.

The official added that should the process move as scheduled, President Rodrigo Duterte can be vaccinated by May 1, 2021, according to PNA.

President Duterte earlier announced that he would volunteer to be the first person to be injected with the Russian vaccine.

A PNA article published on August 10 citing President said, ‘I’ll agree to be injected. I’ll be the first to be experimented on. It’s fine with me.’

As of August 12, the total number of confirmed Covid-19 cases in the Philippines is 143,749 with 2,404 deaths, according to data from the Philippine government.

This Story You May Like Too : Global Corona Cases Top 20 Million

High Demand for the Vaccine : Russian officials have told media including CNN that at least 20 countries and some US companies have already shown interest in the vaccine.

Kirill Dmitriev, head of the Russian Direct Investment Fund (RDIF), which is funding the vaccine research, said interest from other countries for over a billion doses of the vaccine had been received.

Other Vaccine Trials Underway : Russia is just one of many countries trying hard to make a vaccine for fight against Covid-19, which has now infected more than 20 million people with at least 734k deaths globally.

But of all other potential vaccines, the ones developed by University of Oxford and AstraZeneca in the UK, US biotechnology company Moderna & the US National Institute of Health and Beijing Institute of Biotechnology & vaccine company CanSino Biologics in China have showed promising results and are currently undergoing Phase 3 testing.

In June, the Chinese government approved the use of the vaccine called ‘Ad5-nCoV’ in experimental level for the country’s military.

Vacancy Notice With A Nursing Institute In Dhaka