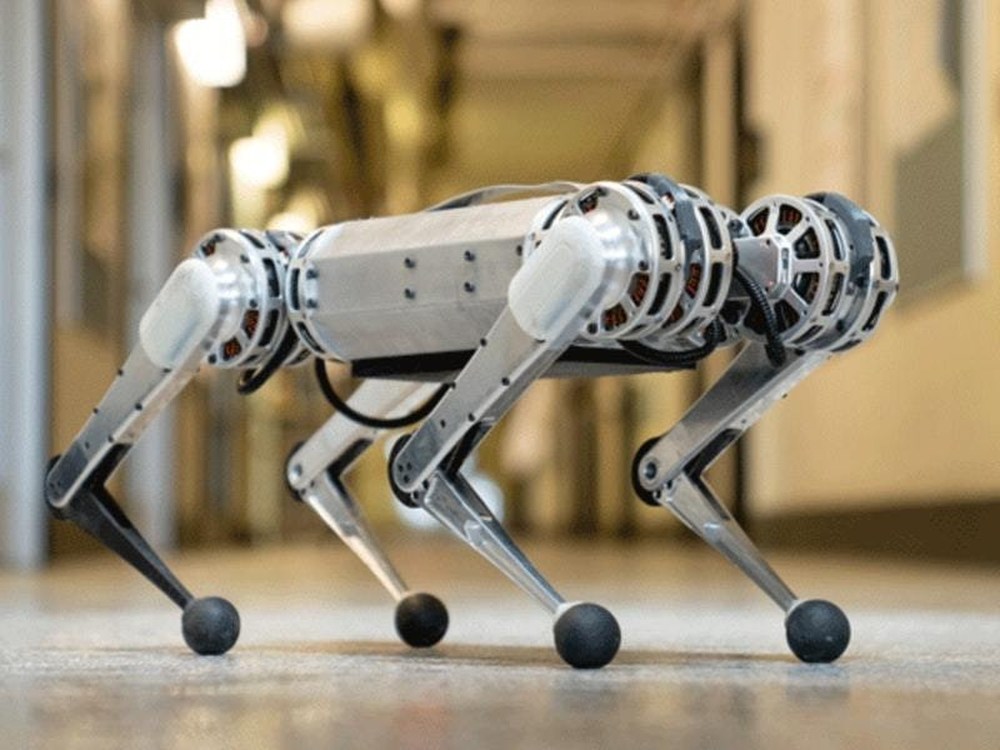 Scientists created a cheetah like robot that can perform impressive tricks like 360 degree backflips. This robot, dubbed mini cheetah, has the size of a small dog and weighs just 9 kg. The Massachusetts Institute of Technology has developed it.

According to researchers, this four legged robot cheetah can walk double speed than that of the average human being. It can easily run across bumpy and uneven surface. Its each leg is powered by three identical, specially designed electric motors.

In addition, mini cheetah has got flexible metal limbs that provide it stability and elbows that helps it to lift or stand up quickly again if it falls down.

It is expected to be presented officially at the International Conference of Robotics and Automation to be held in May this year. Source : daily mail online.

You Can’t Miss This Video