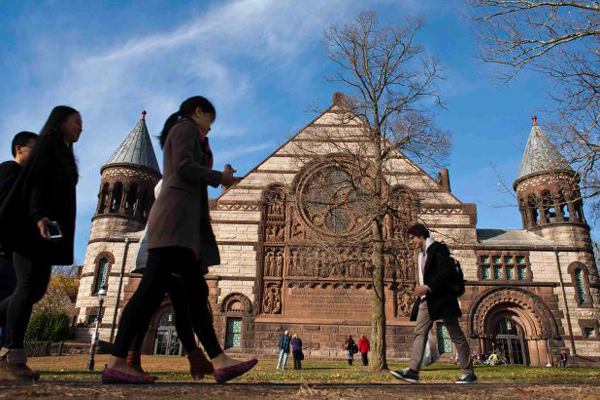 Princeton University in New Jersey, USA is going online in the wake of the outbreak of the deadly coronavirus globally. The university in a statement March 9 announced that it would make online as many activities as it can, such as lessons, seminars and others. The announcement will be effective from this March 23.

In the USA, there are now at least 565 confirmed cases across 34 states and District of Columbia. Of the cases, 22 have died of the virus, the vast majority in Washington state where so far 19 died and at least 137 cases. In New York, there are now more cases with 142. And in New Jersey, there are so far just 6 cases of infections.

In the statement the university President said, ‘we are creating, supporting, and mandating alternative ways of meeting our academic and other programmatic requirements in ways consistent with social distancing,’

The statement stated that from March 23, all lectures and seminars at the university would be shifted online.

The students at Princeton University are on Spring Break now. They are expected to be returning to the campus post the Break. So the university authority is urging the students not to return to campus, instead encouraging them to stay home and take online classes in the wake of the virus fears.

On this, the statement added that, ‘if students choose to remain home after Spring Break, we will make sure that they are able to meet their academic requirements remotely’.

On the other hand, a German university in Rhineland-Palatinate state has decided to close its activities over coronavirus until March 13, marking it the first of such kind of action in the country.

The statement said that the closure of the campus was a precautionary measure that will help the Mayen Koblenz Health Department to identify possible infection chains’.

The statement added that no lectures, conferences or other events on the Vallendar campus will take place during the next week.

Germany March 9 confirmed its first two deaths of the virus. The two deaths occurred Monday in the district of Heinsberg and the city of Essen, the health ministry of North Rhine-Westphalia said. In addition, On Sunday, a German national from Hamburg died while on vacation in Egypt.

There are now 1,112 cases of the virus in Germany, according to the Robert Koch Institute, the country’s disease control agency. Source : CNN