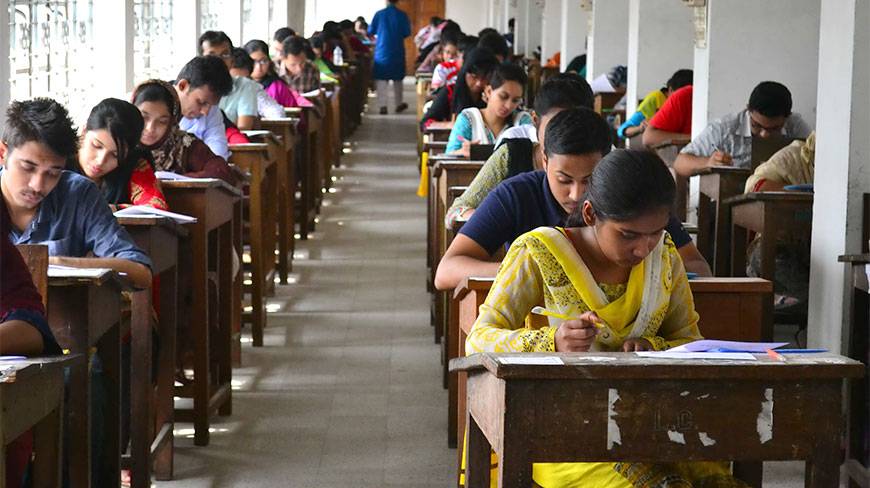 Understanding vocabulary is an important part in all types of exams including university admission and job tests. There remains at least 5-6 questions from vocabulary related section in the exams. So having a good command over vocabulary will definitely help you ensure expected outcome in the test. Therefore, today we put up some word meanings for your interest.
1. Precipitous (adjective)
Meaning 1 : dangerously high or steep.
Example : The precipitous price of onion in the market is causing uneasiness among the city residents.
synonyms: steep, sheer, high, perpendicular, abrupt, sharp, vertical etc.
meaning 2 : (of an action) done suddenly and without careful consideration.
Example : His precipitous decision of leaving the job has caused anger among his family members.
Synonyms : hasty, overhasty, rash, hurried, rushed etc.

2. Exonerate (verb)
Meanings  1: (of an official body) absolve or clear (someone) from blame for a fault or wrongdoing.
Example : Police Bureau of Investigation PBI has exonerated 4 out of 21 arrested from the charge sheel filed in the arson and killing of Madrasa student Nusrat Jahan Rafi.
Synonyms : absolve, clear, acquit, declare innocent, find innocent, pronounce not guilty, discharge; More
Meaning 2 : release someone from (a duty or obligation).
Example : The government has exonerated 4 senior secretaries from their official duty for a month thanks to their performances.
Synonyms : release, discharge, relieve, free, liberate etc.

3. Budding (adjective)
Meaning : 1. (of a body part) becoming larger as part of normal growth.
Example : The budding hair of newborn is looking attractive.
Meaning 2 : (of a person) beginning and showing signs of promise or prospects in a particular sphere.
Example : The government has made a taka 100 crore fund for budding entrepreneurs.
Synonyms : promising, up-and-coming, rising, coming, in the making, aspiring, future, prospective, with potential, etc.

4. Quadrennial /kwɒˈdrɛnɪəl/ adjective
Meaning : happening once in every four years.
Example : ICC Cricket world cup is a quadrennial event with the latest one being held in England and Wales now.

5. Biennial /bʌɪˈɛnɪəl/ adjective
Meanings : taking place every other year or recurring in every two years.
Example : 1. FIFA under-20 World Cup is a biennial event with the last one held in Poland this month.
1. I usually make a biennial visit to the UK but last time I failed to do that.
3. Could you tell me the name of a biennial plant?
6. Pollster (noun)
Meaning : a person who conducts or analyses opinion polls.
Example : Trump re-election campaign cut ties with internal pollsters over the leaks of such a poll.

7. Let go of… (someone or something) (verb)
Meaning : To stop holding or gripping (something or someone).
Example : 1. You should let go of what happened to your life in the last. (meaning ‘to forget’ those memories)
2. Let go of my hand. (meaning ‘leave’ my hand)
3. President Donald Trump’s re-election campaign let go of internal pollsters after leaked results showed the president trailing former Vice President Joe Biden in critical states for the 2020 Election.

Various Useful Meanings & Uses Of The Preposition ‘With’ (2nd part)

Want To Get Fluency In English? Practice Delexical Verbs