Latest on Coronavirus in the USA & World 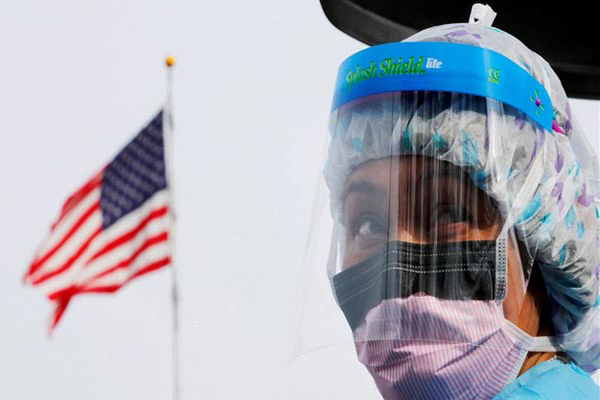 The United States of America is now the worst hit country by the novel coronavirus in terms of the number of cases. According to Johns Hopkins University (JHU), USA now has more than 1,21,249 confirmed cases including at least 2,046 deaths, surpassing China and Italy with regard to infections.

In the USA, the total includes cases from all 50 states, the District of Columbia and other US territories, as well as all repatriated cases of at least 70. The country today recorded the highest number of deaths so far during ongoing pandemic with at least 233 deaths nationwide. New York City has become the epicenter of the US outbreak with at least 385 deaths as of Thursday.

In the USA, at least 24 states reported over 100 new cases of the coronavirus on Thursday. The worst outbreak continues to be in New York, which reported at least 6,447 new cases the day. The state is followed by New Jersey with 2,492, and Washington state with 627 new cases. Illinois confirmed 673 new cases, Massachusetts 579, and Michigan 561.

To the rest of the world scenario, Spain has confirmed more than 6,528 deaths of the total cases of about 57,560 from the virus, according to Spanish Health Ministry data released Friday March 28.

In Italy, the number of people who died of coronavirus now stands at at least 9,134 with the highest single day hike of 969 on Friday so far since the crisis began in late February, according to Italy’s Civil Protection Agency.

In China, there were 45 new novel coronavirus cases reported March 29, bringing the national total to 81,439, according to the National Health Commission.

Out of the new cases, 44 were imported by people who had recently traveled abroad, with only one caused by local transmission. In addition, China reported five more deaths from the coronavirus, bringing the country’s death toll to 3,300. Of the 81,439 cases in the country, a total of 75,448 patients recovered and were discharged from hospital.

China was the first epicenter of the outbreak but the United States and Italy both now have more total cases.

Germany now has 42,288 confirmed cases including at least 253 deaths, according to official numbers released Friday by the country’s infectious diseases centre, the Robert Koch Institute.

The UK has now reported at least 19,522 cases including 1,228 deaths to date with the country’s PM Boris Johnson and his Health Minister Matt Hancock has tested positive for the virus today March 27.

India, which is undergoing 21-day long lockdown, has recorded 1,024 cases so far and 27 deaths. The country saw its largest spike in coronavirus cases Friday, increasing by 124, according to the Ministry of Health.