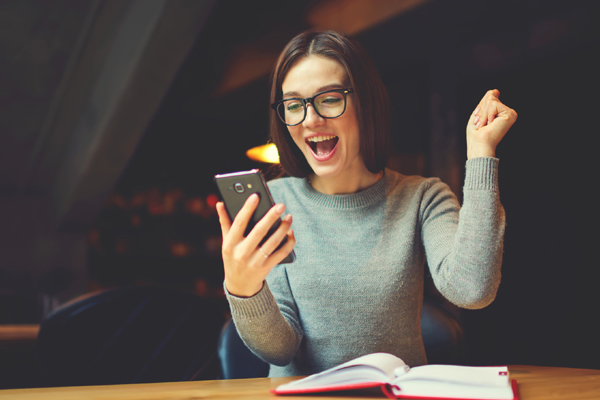 A woman expressing her feelings by knowing something interesting online . Picture : Collected

Know The Differences Between Ago & Earlier, After & Afterward

Is there any differences between the two sentences above? Yes, definitely. In the first sentence, the action ‘taking or eating lunch’ took place just an hour before when the speaker was talking about it. In other words, that means eating lunch happened just an hour before from the present time. So the word ‘ago’ relates to present time or moment. Ago has connection only to the present time. Whereas usages of earlier is totally different from that of ago. It is linked to the present, past and future tenses. Earlier means a specific time ago or later compared to any action’s usual timing of happening. In the second sentence mentioned above, earlier means that eating lunch happened an hour advance from the usual time it happens.

To be further clear about these two words, look at the following sentences as well :
1. I went to the capital city a week ago. (meaning the action happened 7 days before when the speaker was talking about it. Here Remember the speaker is talking standing at the present time.)
2. I graduated in economics from a public university 10 years ago (or back). (meaning graduation took place just 10 years before just from now).
3. I need to go to office today half an hour earlier. (meaning today going to office will happen the specific amount of time earlier than the usual time.)
4. Today I am leaving office an hour earlier because I need to see a doctor. (meaning the action will happens an hour advance from the usual time of office departure).

Hopefully the differences between ago and earlier have been clear to you.

But afterward or afterwards is used as an adverb to mean that something happened or will happen just after something else has happened.’ This adverb means at a specific later time, subsequently. See the examples below :
1. The President was sworn in at an official programme at 11 in the morning. The same was done to the Prime Minister afterward. (that means Prime Minister’s swearing in took place just after that of the President).
2. Some of my friends entered our residence exactly at 9 for the dinner. But rest of the friends arrived afterwards.

Note : The meanings of both afterward and afterwards are the same. But Native British prefers afterwards whereas people in north America favor afterward. So which one you will use is up to you. In terms of grammar and meanings, there’s no difference between them. Also note that afterward or afterwards is usually placed at the end of the sentences.

Attention : The above mentioned words have got complex meanings and usages. So to have a clear understanding on them, practice them regularly. For next articles on other pair of such words and their usages, please keep browsing the platform https://campusplanet.net.