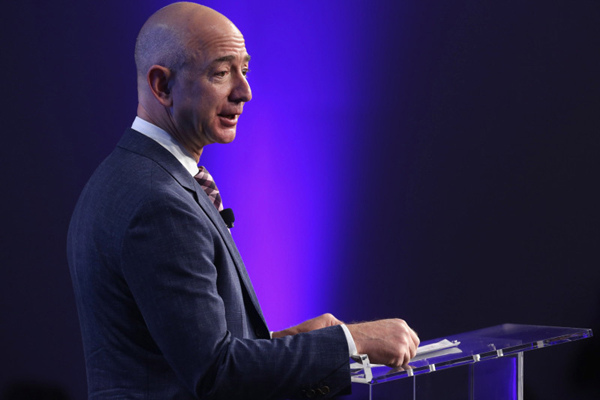 According to Bloomberg’s latest Billionaire Index, USA based E-commerce giant Amazon CEO Jeff Bezos again is the richest individual in the world with an estimated net worth of $116 billion USD. Amazingly, this top billionaire Thursday alone earned $13.5 billion thanks to the surge of his Amazon shares’ price by 12% to $12,000.

Princeton University graduate Jeff Bezos recently turns 56 with being a father of 4 children. The majority of this billionaire’s fortune comes from his ownership of nearly 12% of Amazon shares. As per CNBC, Amazon’s stocks price rose by 12% to $12000 on Thursday at New York Stock Exchange which helped the company become the fourth US enterprise with $1 trillion market capitalization value. The other three US companies reached that mark already are tech giant Apple, Microsoft and Google.

According to Bloomberg Billionaire Index, Microsoft co-founder Bill gates is the second richest person globally with the net worth of the same as Jeff Bezos. Interestingly, last year Bezos was the only billionaire across the globe who failed to get richer in the year. But at the very beginning of the year 2020, he has just added $13.5 billion in just 15 minutes, making up for that upset last year.

To note, Jeffrey Preston Bezos (his real name though known as Jeff Bezos) has also been recognized as the richest person in modern history after his fortune hit the $150 billion mark in July 2018. Last year he had to provide nearly $34 billion to his former wife Mackenzie Bezos as a divorce settlement.