Is There Any Differences Between Seem, Appear & Look 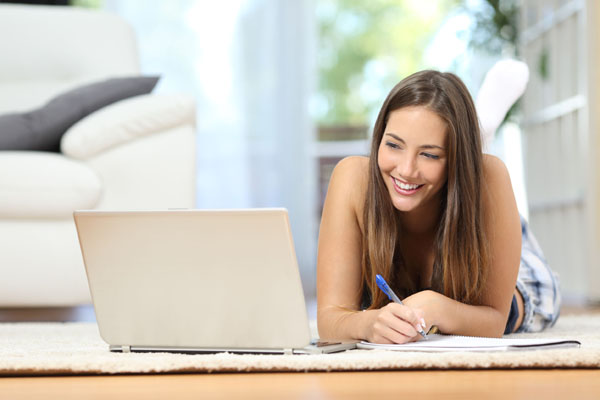 Look, seem and appear are all copular verbs and they can be used similar way to indicate the impression (an idea or opinion or feeling) one get about something or someone else. Here note that copular verb is a special kind of verb used to join adjectives or noun compounds to subjects. Look at the examples below :

1. Today you look very unhappy.
2. The food seems (to have gone) off. (meaning not fresh any more)
3. Our boss seems shocked.
4. They all appear nervous.
5. The two brothers appear unhappy to each other.
6. It seems rainy today.

In the previous lesson, we have made it clear that copular verbs are followed by adjectives, not adverbs. Now keep in mind that in terms of meaning there’s almost no differences between seem, look & appear. But they have got certain differences when it comes to usages. Look at the sentence constructions below where the copular verbs seem, appear and look are applied :

Construction A : look / seem + as if / like : Copular verbs look and seem are followed by the construction as if or like. But the verb ‘appear’ is not. See the sentences below :

1. It looks as if the baby is going to cry all the night.
2. It looks like your younger brother is going to get the job.
3. It seems as if Salman khan and Katrina kaif are no longer in relation.
4. It seems like she will never talk to us.
5. It appears like or as if the meeting is going to be late today. (Wrong use)

Construction B : Seem / appear to + infinitive : Copular verbs seem and appear are followed by a to + infinitive or a perfect infinitive construction relating to past events). But this construction is not used with another copular verb ‘look’. Look at the sentences following:
1. You seem to be wrong in reading your boss’ mind.
2. They appear to have finished the work. They deserve another bonus.
3. My father appears to be at home now. You can make a call.
4. The guests seem to have lost their way. Could you go and help them? (perfect infinitive)
5. It seems to be a rare piece of diamond. Do not touch it.
6. They appear not to be at home. Nobody’s answering.
7. The tenants do not appear to be at home as no one’s answering to calling bell. (Or the tenants appear not to be at home).

See Related Article That May Interest You

Is There Any Differences Between Ahead &#038; Prior

Construction C : A that-clause can be used after It seems… and It appears…. But this construction is not used with it looks…. . Look at the examples below :
1. It seems that you have made a mistake in understanding the matter properly.
2. It appears that someone might have looked for me at office yesterday.
3. It seems that it might be raining soon.
4. But not ‘It looks that you won’t go to university today. (wrong use).

1. It seems a shame that we fail to take Kalin on vacation with us.
2. It seems a surprise that a student like John passed in the exam.
3. It doesn’t seem like a good idea to leave him alone at home.
4. It seems irrational that the boy has to stay awake all the night to guard the house.

Prev Next 1 of 99
Join Newsletter