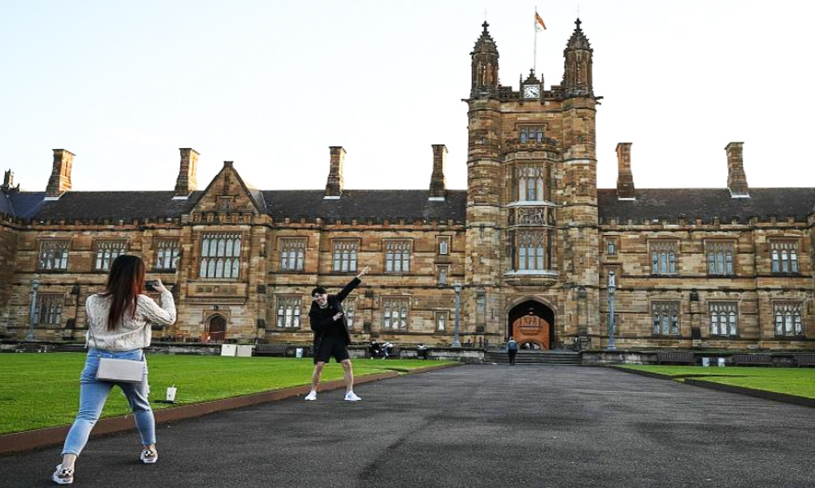 International students have launched a petition aiming to ask the Australian government to allow them return back to the country as they are stuck in their own countries due to border closures over the pandemic, reports Reuters.

As per the report, the initiative, backed by a campaign styled #bringusbacktoaus on Twitter, has already received 3,000 signatures. It requires minimum 12k signatures from Australian residents or citizens before February 10 for it to be placed before lawmakers for hashing out on it.

Aiming to curb the spread of the virus, Australia early last year announced its border closed to international travelers. As a result, thousands of foreign students enrolled in higher education institutions in the country have not been able to return to their respective institutions.

With in-person classes off, international students are receiving online instructions provided by their institutions. But the quality of online lessons they claim has been of poor quality, reads the petition available on Australia’s parliamentary website.

As per the petition, ‘we do not pay our family’s saving for video lessons or rent for house which we cannot even live in.’

It further said, ‘we appeal exemptions for international students not only for students’ future and human right but also for the recovery of the Australia economy.’

Australia has been considering bringing back students since last year though plans stalled following fresh coronavirus waves in Victoria and New South Wales.

With infections now under control in both the states, local media have reported states could revive their pilot schemes to bring back the students, says the report.

To note, A$37 billion worth of education sector is the leading export earner for Australia as the sector contributes significantly to the nation’s A$1.9 trillion economy via housing demand, retail sales and employment growth.

But the sector has been suffering huge losses since early 2020 when border closures were announced over covid-19.

As per the Johns Hopkins University data, Australia now has at least 28k cases of corona infections including 909 deaths as of January 16.