India BRINGS Back Students From Italy On Special Flight 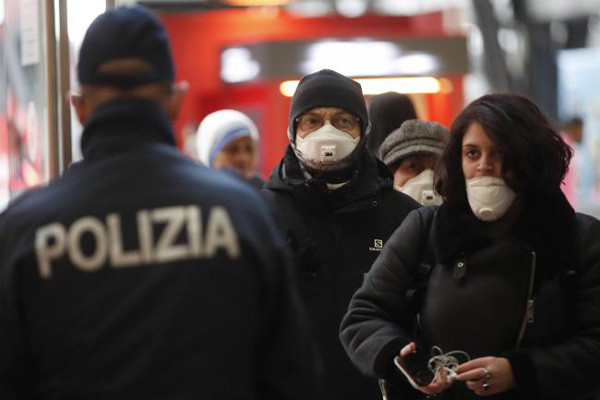 Indian government has brought back home about 211 students from Italy, the country worst affected by the novel coronavirus in Europe, on a special Air India flight March 15.  The returnees are placed under quarantine upon return to the country. Earlier the previous day, the flight set off for Milan in northern Lombardy region where the first case of coronavirus identified in the country. An Indian health ministry official confirmed the information of sending the flight yesterday March 14.

In Italy, there are now 21,157 confirmed cases, the second highest cases after China and 1,441 deaths with 3,497 new cases and 175 deaths reported in a single day, the highest numbers in a day since the outbreak began in late February there.

Italy has reported 3,497 new novel coronavirus cases and 175 deaths on Saturday, the highest number of new cases reported in a single day since the outbreak began.

In Europe, Italy has become the epicenter of the novel coronavirus which has so far infected about 40k and killed at least 16 hundreds in the whole continent.

On the other hand, there are at least 12 states in India where coronavirus cases confirmed with the latest number being 108 including 2 deaths, according to the reports from states March 15. The state where the highest number of cases reported so far is Maharashtra with 32 followed by Kerala with 22.

In India, the two deaths of the virus occurred in national capital New Delhi and Karnataka. Of the total cases of infections, 67 are Indian while the rest are foreigners, mainly Italian national who were tested positive while traveling the country.

In addition, the government has March 14 declared the outbreak of the virus as a ‘notified disaster’ across the nation. Source : TOI