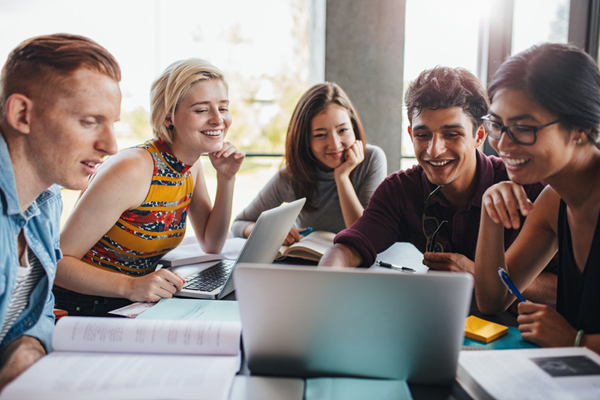 A group of students learning something online. Pic : collected

Important Uses Of The Preposition ‘Under’ (2nd part)

F. If an area is under a type of plant, then it means ‘that plant grows on the whole of the area.’ See the examples below :

1. The backyard of our house is under a kind of grass.
2. The south area of our village remains under paddy during summer.

G. Under means ‘using a name that is not one’s real name’. Look at the following examples :

1. My father usually writes articles in newspapers under (the name of) Musa K.
2. Our CEO writes novels under John Perry.
3. You can write stories online under Juan Kyle.
4. Novel laureate Rabindranath Tagore used to write poems under a name called…. .
5. Politicians usually run illegal businesses under some symbolic names.

H. Under means ‘someone or something is run, controlled or governed by someone else, an organization or a force. Check the examples below :

1. The White House is under President Donald Trump now.
2. The whole Indian continent was under British rule till 1947.
3. Under billionaire Mark Zuckerberg, there are about 15 employees at Facebook’s Silicon Valley Headquarters.
4. In the Bangladesh government, there are around 47 ministers under Prime Minister Sheikh Hasina.

I. be under order ‘means someone has been ordered to do or not to do something.’ Look at the sentences :

1. The police are under hard orders to maintain the crackdown on illegal casinos and clubs across the country.
2. My father is suffering from type-2 diabetes. So he is currently under a medicine specialist’s orders not to take rice more than once a day.
3. A top politician from the ruling party is under law enforcement agencies orders to refrain from leaving the country in the wake of campaign against corruption and extortion.

J. Under means ‘remain in a state or belief’, often wrongly. Look at the examples :

1. He is always under a belief that something positive will surely happen if there is hard work.
2. In order to be successful in life, do not ever be under negative ideas or perceptions.

Attention : If you really like this article then please share with friends and fellows as every single aspect of English language plays vital role in learning the language properly. For more article on English learning, keep browsing https://campusplanet.net