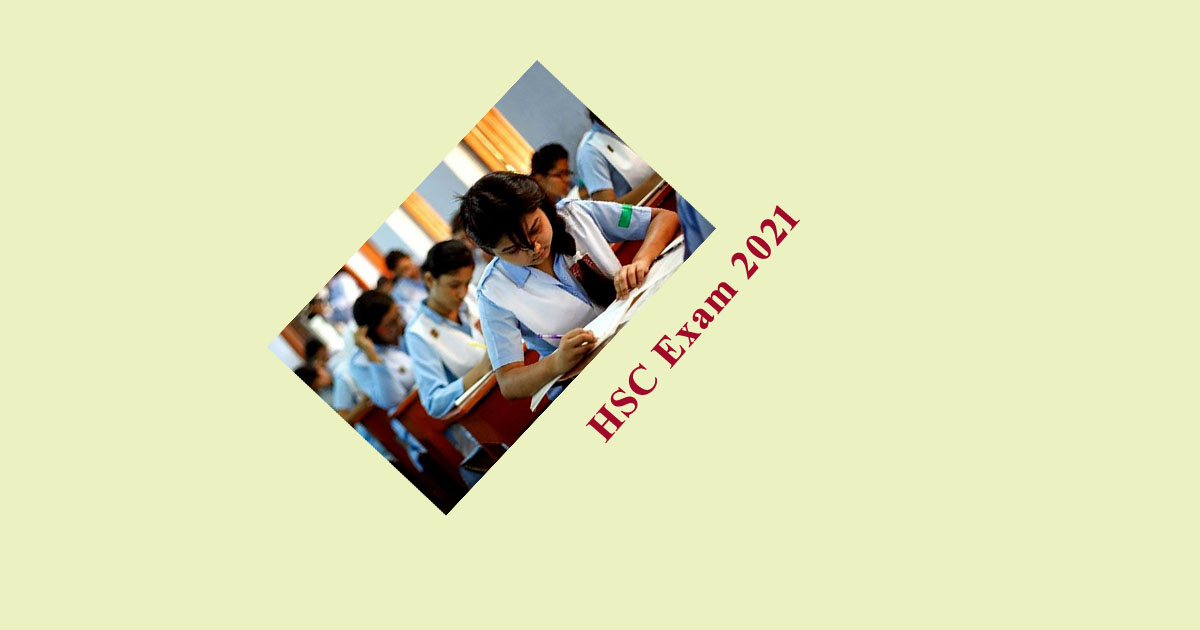 The HSC (Higher Secondary School Certificate) and its equivalent exams 2021 are scheduled to begin on December 2, 2021, declares the Ministry of Education on September 27. The HSC exam 2021 will end On December 30, reads the routine which is now available.

Candidates can see the HSC Exam routine 2021 in the below image : 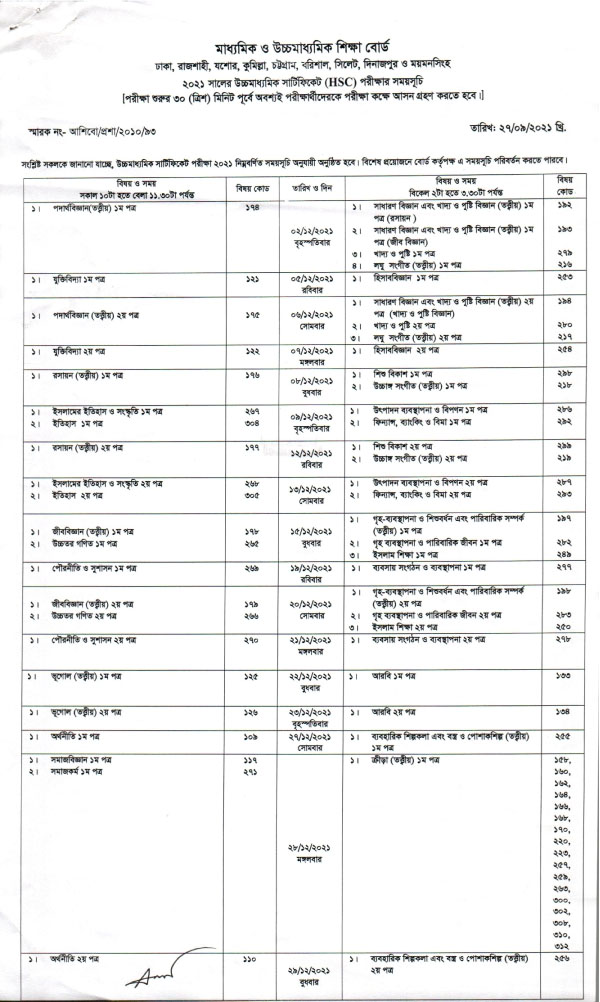 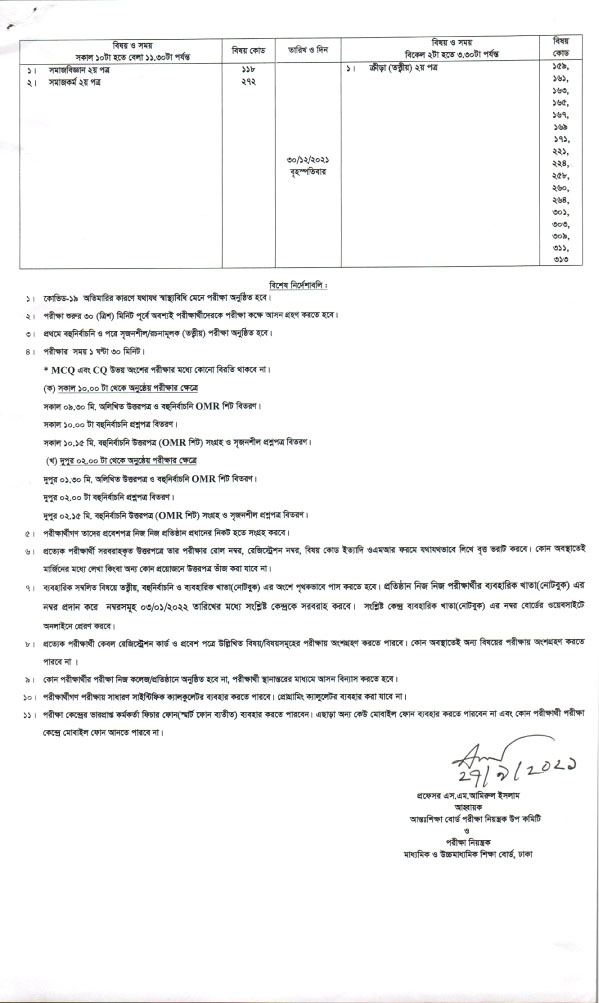 According to the announcement, the duration of each subject exam of HSC and its equivalence will be one hour and a half. Every day the exam will take place in two sessions : 10 am to 11 : 30 am and 2 pm to 2 :30 pm.

On the other hand, the SSC (Secondary School Certificate) and its equivalent exams 2021 are also set to begin on November 14, announces the ministry. The SSC exam routine is out now and available on the board website

However, Dakhil exams’ 2021 routine has been published with the exams beginning on the same day and ending on November 21.

The routine is now available on the website of Bangladesh Madrasah Education Board (http://www.bmed.gov.bd).

According to the government’s decision, the HSC, SSC and their equivalent exams this year will take place on only three optional subjects, meaning there will be no tests on compulsory subjects such as Bangla, English and Mathematics.

The HSC, SSC and their equivalent exams such as Dakhil, Alim will be held with shortened syllabus and cut-down marks due to the covid-19 pandemic.

Around 21 lakh students are expected to appear in the SSC and its equivalent exams this year.

Usually the two public exams—SSC and its equivalent Dakhil—- are held in February every year but the coronavirus pandemic has forced the authority to delay them this year.

And the HSC and its equivalent exams usually begin from April every year. But due to the pandemic, the authority also delayed them to be held.

Since there will be no tests on compulsory subjects like Bangla, English and Mathematics, the candidates’ GPA from previous public exams will be considered for final results of the SSC and HSC Exams.

In fact, the results of the three optional subjects on which the test will be held and the Grade Point Average (GPA) of the student’s previous public exams will be taken into consideration while making final results for any candidate.

What the government signaled so far regarding SSC and its equivalent exams is well in line with what the Education Minister revealed earlier in mid-July.