Different Uses Of The Word ‘Off’ (4th & final part) 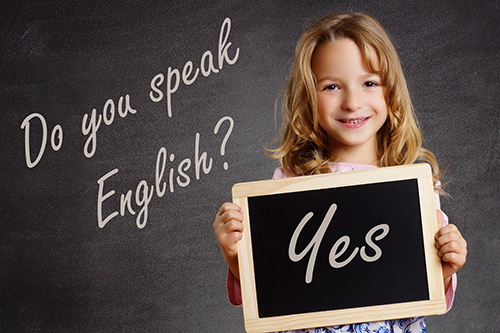 The word Off can be used as preposition, adverb and adjective. In an earlier lesson, we have discussed that when a word is used as a preposition, then it must be followed by a noun, noun phrase or pronoun. And when a word is used as an adverb, then it is followed by nothing that means there will be no noun or pronoun after an adverb.
Different uses of ‘off’ as preposition, adverb and adjective are discussed below :
‘Off’ in phrasal verbs like get off means leaving or getting down from a plane, train, bus etc. Look at the following examples :
1. Please ask the driver to stop the bus at the next stoppage so that we can get off it. (here off is used as a preposition)
2. Get off the bus quickly as it may rain. (off is used as a preposition)
3. We got in the train at 11 in the morning and got off it an hour later at 12. (the same as mentioned above)
Off as a preposition in the following sentences means not on the top or surface of something after being on it. See the sentences below :

1. A sudden strong flow of air flew the paper off the table at my work.
2. The wind blew a flowerpot off the balcony.
3. Please remove the dirt off the table.
4. The little boy was about to fall off the chair.
In spoken English, off is used to mean or show something is taken from someone or something else. But many people consider this to be incorrect. See the following sentences :
1. The wood used in making that chair is taken off a mango tree.
2. You can take some money off Karin, one of my colleagues.
3. Let’s see if we can get some money off our boss.
4. Hopefully you could get a pen off the person sitting there on the table.
5. I got your phone number off the members’ list.
In British English, the word Off is used for saying that a machine or piece of equipment works by using a type of fuel or electricity. Examples are given below :
1. Majority of modern cars run off unleaded petrol. (means run with the petrol)
2. Modern bicycle run off electricity. (meaning they use electricity to run or power themselves).
Off also means ‘not within a particular area’. See the examples :
1. People are advised to stay off the area following an explosion.
2. Please keep children always off the fireplaces.
Off as an adjective sometimes means strange or unusual. Look at the sentences below :
1. His behavior seems to me a bit off, doesn’t it?
2. The way he dealt the situation was quite off.
3. This little kid named Sanjoy is quite off among other students in the class in terms of behavior.
4. Among all colleagues at the office, Mr. Sagor Ahmed is a bit off.
Off is used to mean in a good or bad situation in the following examples. A. In this case, the structures are : be well/badly off means to be rich/poor. See the examples below :
1. Rickshaw pullers are usually badly off. (means they are poor).
2. He is from a very well-off family. (means he comes from a rich family or he is rich)
B : In informal uses, be well/badly off for something means to have a large or small amount of something. See the examples below :
1. Most of the schools in the country are pretty well off for computers.
2. The street children are quite badly off for clothes.
Look at the structure : how are you off for something?. Example :
1. How are you off for money? I am well or badly off for it.

Note : In previous lessons over the last month, we discussed all other important and useful uses of the word ‘Off’ as preposition, adverb and adjective. Those who have missed those lessons, please browse our platform https://campusplanet.net/. If you enjoy reading this article, please share with friends. Good luck!