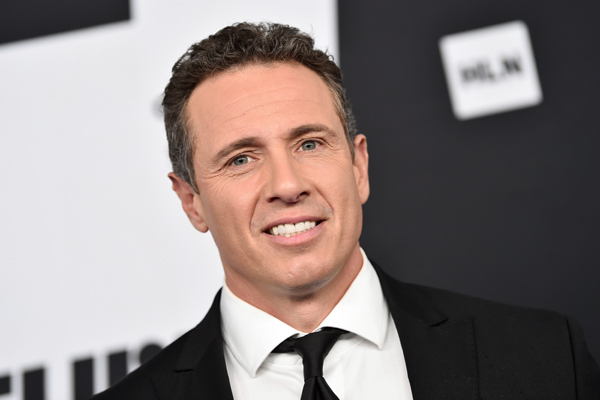 CNN anchor Chris Cuomo (49) has tested positive for the novel coronavirus. His brother New York Governor Andrew Cuomo has today revealed this to the media at a press daily press conference at Albany in New York City amid the ongoing crisis regarding the virus. But the governor hoped that his brother would be ok soon considering his good physique.

Journalist Chris Cuomo is the anchor of CNN’s show ‘Cuomo Prime Time’. According to his brother, Chris Cuomo has a fever, chills and shortness of breath, but he is now feeling well. He will continue to host his 9 p.m. ET show on CNN.

Revealing that his brother Chris Cuomo has tested positive for the virus, at the daily press conference, New York governor says that his brother is going to be fine soon. The governor says, ‘he is going to be fine. He’s young, in good shape, strong — not as strong as he thinks — but he will fine. But, there is a lesson in this,” Gov. Cuomo said after calling the virus a “great equalizer.’

‘He’s going to be quarantined in his basement at home. He’s just worried about his daughter and his kids, that he hopes he didn’t get them infected,’ Gov. Cuomo said.

The governor added, “It’s frightening because there’s nothing I can do.”

Governor added that his brother is self-isolating at home.

In the USA, there are now at least 202,336 confirmed cases of coronavirus including at least 4,454, according to a CNN count. There have been at least 811 new coronavirus deaths reported in the country on Tuesday April 1, according to a count from CNN Health. This is the highest reported deaths in the United States so far in a single day since the coronavirus outbreak started.

In the USA, New York is the worst hit state as there are at least 1,941 people who tested positive have died and more than 83,712 cases across the state, Gov. Andrew Cuomo said at a press conference April 1.  At least 391 of those  have died in the past 24 hours, he said.

According to a government statistical model, the potential death toll in the USA could be between 100,000 and 240,000 in the coming weeks. Earlier even President Donald Trump and an American health official, also a member of White House coronavirus task force, predicted that the possible death toll from the virus in the country could reach up to 100k or more.  Source : CNN