China’s National College Entrance Examination, commonly known as Gaokao, has finally taken place nationwide from July 7 to 8 after a month delay due to the novel coronavirus pandemic. This year about 11 million students took the exam, having both popularity and notoriety.

Gaokao is known worldwide as widespreac cheating is committed by candidates to ensure success in the exam which is highly demanding among students and their parents. So inspectors around the country remained alert to foil any attempt of cheating on the part of candidates. This year they had taken extra measures for temperature checks of students alongside ones for cheaters. 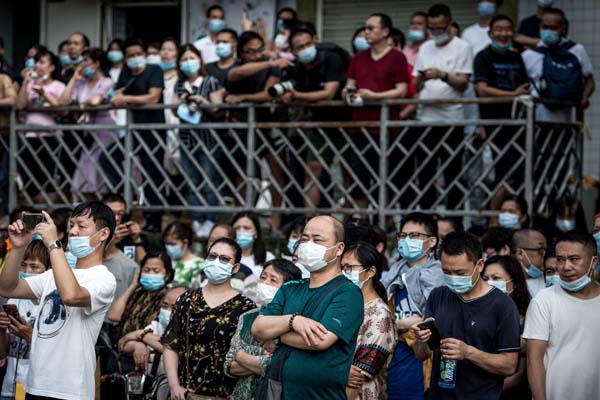 Tens of thousands of parents and candidates’ other relatives had to have anxious waiting outside exam centers when their sons and daughter or other ones were appearing in the contest. Students were received with bouquets of flowers as they walked out of centers after finishing the exam. Then there was smile on the face of some students while others were in unhappy mood as they seemingly did not perform in line with expectations.