As part of Cadet College Admission Preparation 2022, we put up some questions regarding current affairs around the World. The following question-answers will surely help candidates prepare for the cadet admission test.

1. How long is the under-construction Padma Bridge, affectionately called ‘Dream Bridge’ in the country?
Ans : 6.15 Kilometers. Once completed, it will be the longest bridge in Bangladesh.
2. Who has been named Time Magazine’s first-ever ‘Kid of the Year’ this year?
Ans : Gitanjali Rao (15). She is an Indian-American young inventor and scientist who lives in Colorado, USA.
3. Who is Time Magazine’s ‘Person of the Year’ 2020?
Ans : USA President-elect Joe Biden and Vice-President-elect Kamala Harris. Upon oath taking, Biden will be the 46th President and Kamala 49 Vice-President of the USA.
4. Where was the 15th G20 Summit this year held?
Ans : Riyadh, the capital city of Saudi Arabia. This year the summit was held virtually due to the novel coronavirus pandemic.
5. Who has won the Booker Prize 2020?
Ans : Douglas Stuart. This Scottish-American author, NY based fashion designer as a profession, won the award for his novel ‘Shuggie Bain’. This is his first novel.
6. Who have won Indian Premier League (IPL) 2020 tournament?
Ans : Mumbai Indians. This is their 5th IPL title. This year 13th season of the tournament held from September 19 to November 10.
7. Which country in Africa region is Russia building a permanent naval base?
Ans : Sudan.
8. Who is the current foreign minister of New Zealand?
Ans : Nanaia Mahuta. She is the first indigenous female foreign minister of the country.

9. What’s the name of Covid-19 taskforce formed by the Trump Administration?
Ans : Operation Warp Speed.
10. Who is set to become the new USA Secretary of State?

11. Which country has recently (October 2020) legalized ‘Euthanasia’ or assisted suicide for terminally ill people?
Ans : New Zealand.
12. What is the name of unmanned probe that China on November 25 launched to the Moon to collect rocks from the earth’s sole sub-planet?
Ans : Chang’e-5, named after an ancient Chinese Moon Goddess.
13. Who is the new Archbishop of Dhaka?
Ans : Bejoy N D’ Cruize, succeeding Cardinal Patrick D Rozario.
14. What’s the lifespan of Argentine football legend Diego Armando Maradona?
Ans : October 30, 1960 to November 25, 2020. 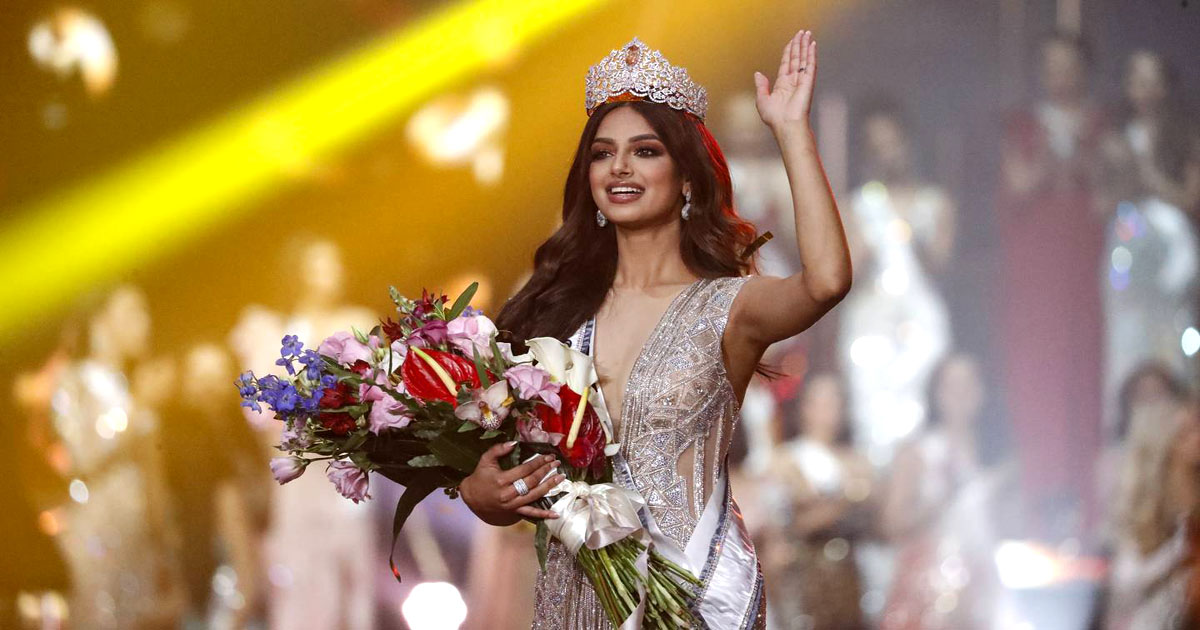 15. What’s the name of the country that Bangladesh has recently (6 December, 2020) signed a Preferential Trade Agreement with?
Ans : Bhutan.
16. What position has Bangladesh secured in the Global Knowledge Index (GKI) 2020 produced jointly by United Nations Development Programme and Mohammed bin Rashid Al Maktoum Knowledge Foundation in the UAE?
Ans : 112th out of 138 countries. Switzerland tops the index followed by the USA and Finland. This index is published annually since 2017.

17. Which UN Agency has decided to establish an international award in honor of the father of the nation Bangabandhu Sheikh Mujibur Rahman?

Ans : UNESCO. The name of the prize is ‘UNESCO-Bangladesh Bangabandhu Sheikh Mujibur Rahman International Prize in the field of Creative Economy’.

18. Who is the most powerful women in the world now according to Forbes Magazine’s 2020 list?
Ans : German Chancellor Angela Merkel. She takes top spot for 10th time in a row.
19. What spot has Bangladesh Prime Minister Sheikh Hasina secured in the Forbes 100 Most powerful women list 2020?
Ans : 39th.

21. Who has won the best men’s Footballer prize at the Best FIFA Football Awards 2020 held in Zurich, Germany?
Ans : Bayern Munich’s Robert Lewandowski (32).
22. Who has won the best women’s footballer Award 2020 by FIFA?
Ans : Manchester City defender Lucy Bronze.
23. Who has been named as the best men’s coach by FIFA the year of 2020?
Ans : Liverpool boss Jurgen Klopp. He won the prize for the second successive year now.

29. Who has won ‘Player of the Century Awards’ given by Dubai Globe Soccer Awards 2020?
Ans : Cristiano Ronaldo.

37. Which team have won the ICC inaugural World Test Championship 2021?

49. Who is new CEO of social media platform Twitter?

Ans : Parag Agrawal (37). An Indian-American software engineer who did PhD in Computer Engineering from the Stanford University in the USA.

Ans : Harnaaz Sandhu (21). She is the third Indian women who have so far bagged the crown. To mention, this year 70th edition of the Miss Universe competition was held on December 13 in the Israeli city of Eilat.

52. Where outside of Bangladesh is a sculpture of Bangabandhu installed recently (December 13, 2021)?

53. Where is Bajrakantha, a sculpture of Father of the Nation Bangabandhu Sheikh Mujibur Rahman, is situated in Bangladesh?

Ans : Sylhet Cantonment. The sculpture with a height of 15 feet has been unveiled on December 5, 2021. 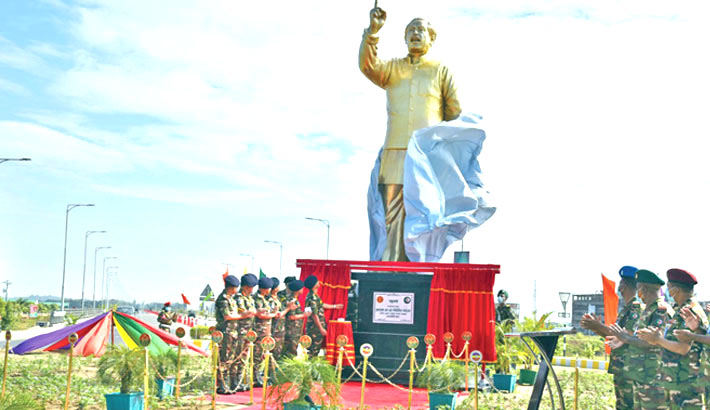 54. Who is the new Chief Justice of Bangladesh?

55. What’s the name of the satellite that NASA launched on December 25, 2021 to study the origin of the universe?

56. Who is new Prime Minister of Pakistan?

Ans : Shehbaz Sharif (70). A member of Pakistan Muslim League-N, he is 23rd Prime Minister of the country.

57. Who is new Chief Executive of Hong-Kong, an autonomous region of China?

58. Who is new President of the Philippines?

59. Who is new President of the United Arab Emirates?

60. Who is new Prime Minister of Sri Lanka?

Ans : Ranil Wickremesinghe (73). This is the sixth time that he took the top post in the government.

61. Who is current Chief Election Commissioner (CEC) in Bangladesh?

62. Who is current US Ambassador to Bangladesh?

63. What’s the name of the supermassive Black Hole found at the center of our own Galaxy– Milky Way?

64. Who is new Prime Minister of France?

Ans : Elisabeth Borne (61). She has become the first female PM in the country in over three decades.

65. Who is the new Prime Minister of Australia?

66. Who is new Director General (DG) of Department of Fire Service and Civil Defence, Bangladesh?

Ans : Indian novelist Geetanjali Shree and American Translator Daisy Rockwell for Hindi novel ‘Tomb of Sand‘. The novel is written by Geetanjali Shree. This is the first Hindi language novel that won the prize ever.

Ans : Spanish Rafael Nadal. This is his 14th French Open Title. Nadal has won the highest number of Grand Slams with 22 in total so far, ahead of Novak Djokovic (20) and Roger Federer (20).

70. Which movie has won Palme d’Or as the best film at Cannes Film Festival 2022 in France?

Ans : Triangle of Sadness. It is directed by Swedish director Ruben Ostlund.

Ans : Türkiye. From now on, the country will be known at the United Nations with this new name which is a part of rebranding campaign by the government.

Final Words : We will time to time put up all latest happenings on Bangladesh and the globe. So candidates, please keep following us in our efforts to help you with cadet college admission preparation for the year 2022.