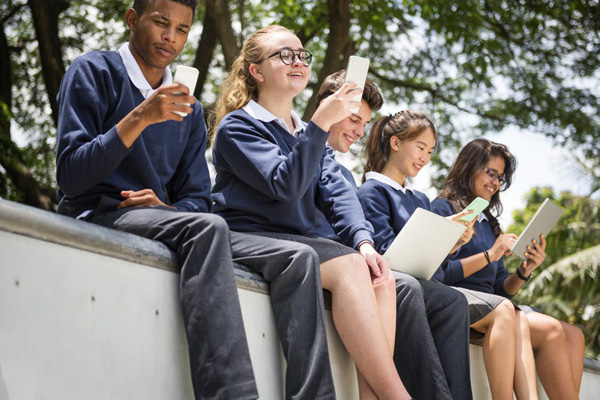 British parents are in favor of banning smartphones from schools as they believe that this mobile device has become a distraction for their kids studies and is reducing their attention, shows a study done by an organization called ‘uswitch’. But banning phones in schools would not be as straightforward as it seems, according to spokesperson of the agency.

The survey finds that almost half of British moms and dads have expressed their worries over the impacts of mobile phone use by their children in schools. The parents surveyed opine that mobile devices such as smartphones, tablets and laptops have turned out to be a big distraction. Forty nine percent of the guardians are deeply concerned that the amount of time the kids spent on mobile devices is affecting their mental wellbeing.

In Britain, half of pupils have got their own smartphones. According to the research, the average a child in the country carries £301 of gadgets into school. Technology has already become an integral part of their modern day way of life. They are increasingly being attracted by sleek devices. Given the current reality, it would not be possible to get students avoid mobile phones completely. As a third of the parents say that children’s access to mobile devices needs to be restricted, finds the study.

uSwitch spokesman Ernest Doku also expressed his worries over the amount of devices students bringing into classes. As he says, ‘It’s a mark of our always-connected times that half of pupils now have their own smartphone, and the number of gadgets that schoolchildren are carrying into class every day is mind-boggling. He also said , ‘It is understandable that parents are concerned about the potential distractions facing their children, but banning phones from schools is not as straightforward as it sounds, especially since technology is an integral part of modern life. ‘ Source : Metro  Online