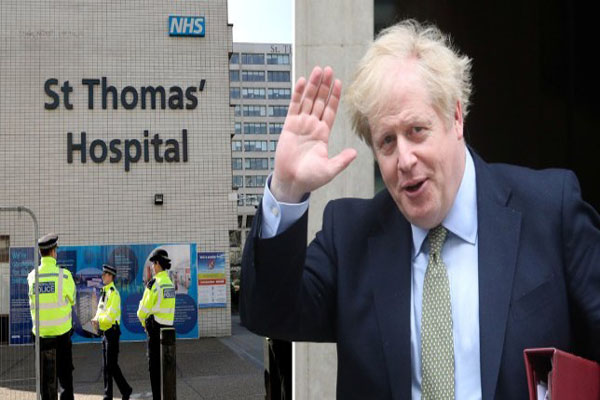 Britain’s Prime Minister Boris Johnson (55) has been discharged from St Thomas’ hospital in London, a Downing Street spokesperson confirmed this today to the media, adding that the PM would now stay at Chequers (the PM’s official country house in Buckinghamshire) for recuperation.

The spokesperson said, ‘on the advice of the medical team, the PM will not be immediately returning to work. He wishes to thank everybody at St. Thomas’ Hospital for the brilliant care he has received.’

Johnson’s pregnant fiancée, Carrie Symonds, thanked the British National Health Service after a very dark week, she said Sunday in a series of tweets following his discharge from the hospital.

Boris Johnson tested positive for the novel coronavirus on March 27 with mild symptoms. 10 days later, 10 Downing Street announced that the 55-year-old was not getting better and was taken to St. Thomas’ Hospital in London. He was moved to an intensive care unit (ICU) the next day after his condition deteriorated.

Johnson spent three nights in intensive care and received standard oxygen but did not require mechanical or invasive ventilation.

As condition got better, he was moved out of the ICU on 9 April night. The later day, a spokesperson said the Prime Minister was able to do short walks in between periods of rest and waved his thanks to staff. Now finally he is out of the hospital and headed for home to Chequers in Buckinghamshire. Source : CNN, Mail Online.