At Multitasking, Both Men and women are Equally Better 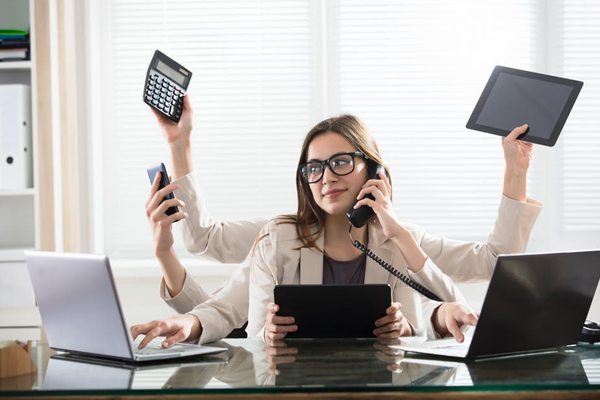 There’s been a long-held belief or perception that women are naturally better at multitasking than men. But a new study has proved this idea wrong. The study findings show that like women, men are equally capable of doing multiple works concurrently. The study is carried out by Germany’s Aachen University.

In the study, 48 men and 48 women, aged an average of 24 years, were involved. The research team was led by Dr. Patricia Hirsch at the German university. At one phase of the research, the participants were asked to pay attention to two task simultaneously, called concurrent multitasking. At other phase, they were called to give focus on just one task at a time, which is called sequential multitasking. The researchers then measured their reaction time and accuracy. And they found that there is no difference between the genders in terms of multitasking performance though men and women appeared to be struggling with the given tasks.

To the contrary to the long standing belief, the study also reveals that both male and female are equally able or unable to multitask simultaneously.

For long, women are considered better at multitasking than men. The perceived reason behind is linked to their possible evolutionary advantages and widespread multitasking practices coming from their multi works like taking care of family, household chores and doing jobs as well. But the new study contradicts this perception. As lead researcher Dr. Hirsch said, ‘Thus, our study results do not confirm the widespread stereotype that women are better at multitasking than men at least in the popular sequential and concurrent multitasking settings used in the study.’

It is needed to mention here that two previous separate studies had found that around 80 percent of people analyzed believe that women were better at multi-tasking than men. Source : Daily mail online.

Various Uses Of The word ‘Out’ (2nd part)