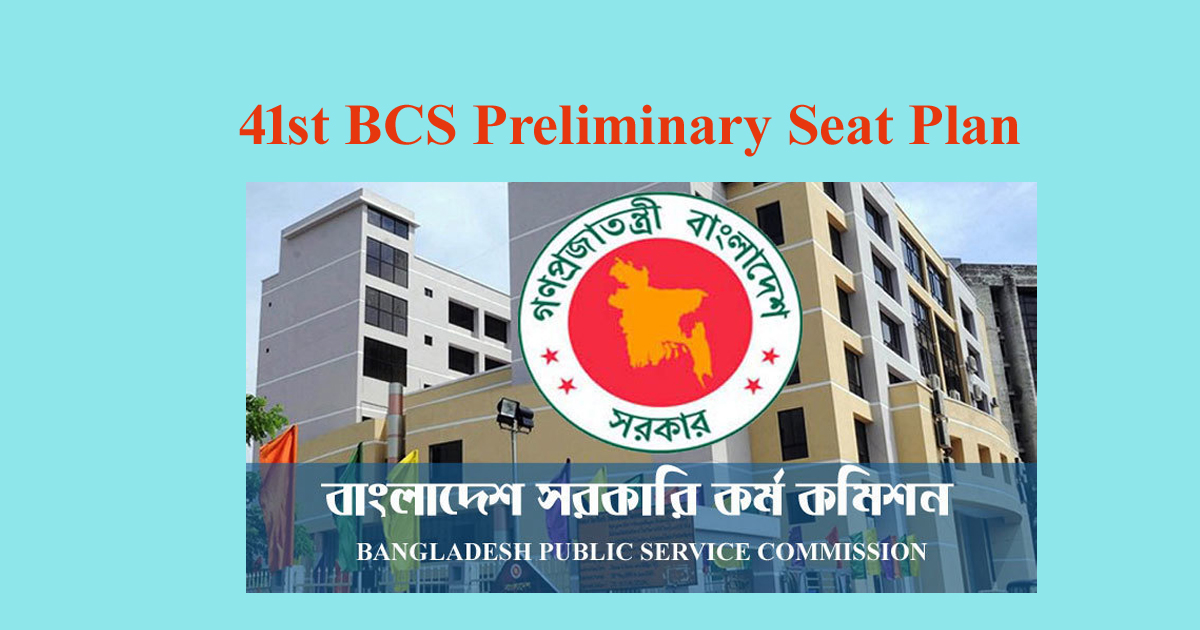 The seat plan and other necessary instructions for 41st Bangladesh Civil Service (BCS) Preliminary examinations have been published. Check your seat at the below link :

Attention : One can see his or her seat visibly just at the end of this article. So keep Reading or just skim to the end.

One can check their seat by surfing the below link also :

As per PSC circular, the preliminary exam will take place from 10 a.m. to 12 pm on March 19 at all centers in 8 divisional cities concurrently across the country.

Urgent Note For Candidates : Examinees are requested by Dhaka Metropolitan Police (DMP) to get to respective exam centers by 8 a.m. on the day as some important roads in the capital city Dhaka would be limited to vehicles for some time due to movements of VIPs currently in the city for Bangabandhu’s Birth Centenary and Golden Jubilee Celebrations of Independence of Bangladesh. The body in a statement therefore urges the candidates to get out of their homes for the exam centers with enough time in hand that they can reach the exam venues by the time specified.

Earlier on March 7, the commission in a separate circular has banned several things including mobile phone, calculator, electronic devices like wrist watch, pocket timing watch and any kinds of ornaments from carrying into exam centers by candidates.

Bangladesh Public Service Commission (PSC) published the circular of 41st BCS on November 27, 2019. Through this BCS, at least 2,135 officials of different cadres will be recruited. Majority of the figure, 915 posts will go for Education Cadre.

To take part in the preliminary exam of 41st BCS, about 4 lakh 75 individuals have applied.