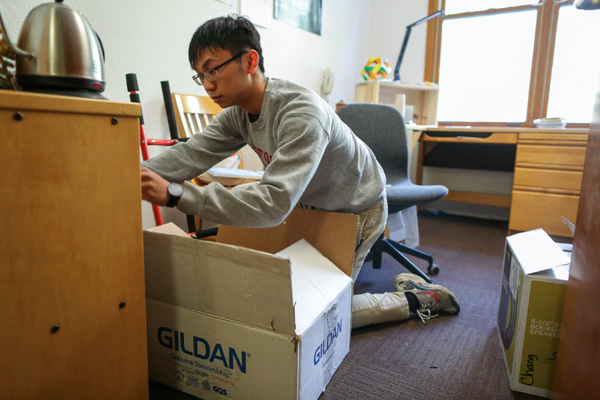 A student is arranging things in preparation of exiting dormitory in Stanford University. Pic : collected

More and more states in the USA are taking decisions to shut schools and colleges in the wake of the quick spread of the novel coronavirus which has so far reached 50 states, infecting at least 2,329 and killing 50 across the country. School closures across the states are being done in order to limit the spread of virus as President Donald Trump on March 13 declared a national emergency over the virus.

The latest state to that list is Washington, DC. All public schools in this state will remain closed throughout the month of March starting from March 16 because of the coronavirus outbreak, according to District of Columbia Public Schools (DCPS). During the period, students will participate in online learning over last week of the month, announced the authorities.

On the other hand, millions of students across the USA have already gone or set to be out of the schools due to concerns from the coronavirus.
According to a report by an organization called ‘Education Week’, at least 21 million students (2 crore and 10 lakhs) in the United States have been or will be affected by the closures.  The report says schools are closing for many reasons related to coronavirus, including exposures, cleaning, or planning for extended closures.